ST. PAUL, Minn. — Two construction workers are believed to have been killed Friday afternoon when a construction trench collapsed in St. Paul.

The city’s fire department says the collapse happened around 3 p.m. in a construction zone on the 700 block of Mount Curve Boulevard, near the Mississippi River in the Highland Park neighborhood.

Construction workers attempted to rescue their fellow workers before calling 911. Fire crews responded to the scene and secured the trench before working to remove the dirt and rock.

The two workers inside the trench are believed to have been killed under the weight of the debris. The fire department is calling this a recovery mission.

“We feel horrible for the victims when anything like this happens,” said Assistant Fire Chief Matt Simpson. “We train for this every single day. We work to make sure this kind of thing, that if it can be avoided, it is avoided through our training efforts. Unfortunately, time was not on our side to make that difference today.”

WCCO-TV has a crew on the scene and is working to gather more information.

The WCCO Staff is a group of experienced journalists who bring you the content on WCCO.com. 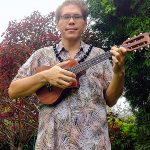 ‘My life will never, ever be the same.’ Court hears first victim impact statements in Parkland shooter’s death penalty trial

“Soon she’d go on to be a professional soccer player. She’d get her law degree, and maybe become one of the most successful business negotiation […]

The boil water advisory issued early Saturday is still in effect for 13 metro Detroit communities and now includes the city of Romeo, after a water main […]

Dr. Anthony Fauci, the nation’s top infectious disease specialist, told my colleague Sheryl Gay Stolberg on Sunday night that he would soon step down as […]