After a two-year hiatus for the COVID-19 pandemic, the 36th annual Mayor’s Awards for Excellence in Arts & Culture – and the last for outgoing Denver Mayor Michael B. Hancock – honored a wide array of arts leaders from underrepresented cultural communities.

The backdrop for this year’s event was the McNichols Civic Center Building and it took place amid art exhibitions like the “Red Road Project.”

“It’s very special that we can do it in person this year, and honor people from ’21 and ’22,” Hancock said after the ceremony. “It just dawned on me while sitting there, this is the last one that I will oversee as the mayor. This is a rich tradition in our city to honor those who have really imbued the values we have around arts and culture.”

Having the awards held in person was a welcome return for many, including Hancock, but also to Dan Manzanares, the co-chair of the Denver Commission on Cultural Affairs and a previous award winner.

The awards are a celebration of the arts and local artists who run the risk of being overlooked or “amongst the noise of other other things,” according to Manzanares. He added the arts have the ability to create and maintain permanent bonds between individuals and the community, both large and small.

The Mayor’s Awards, a tradition going back to 1986, recognize individuals and organizations who make significant and lasting contributions to the arts in Denver. Each winner receives a $2,500 stipend.

James Knapp, who wrapping up his 10th and final season as artistic and managing director of the Denver Gay Men’s Chorus, was given the 2022 Impact Award. Knapp, who has been a conductor for 41 years, is a powerful voice in the queer choral movement and a proponent for using music as a way to unify, heal and bring people together. “Our mission is to build community through music,” he said.

The Youth Award went to Sacred Voices, a Denver-based, youth-focused organization dedicated to promoting unity and healing among BIPOC+ communities through creative expression, while empowering youth to find their voices and strength to become leaders in their communities.

The Innovation Award was presented to Danielle SeeWalker, a multi-disciplinary artist, youth mentor and leader in the American Indian community in Denver. SeeWalker, a citizen of the Standing Rock Sioux Tribe, believes the Native American community has been misrepresented, underrepresented or not represented at all – specifically citing the two-spirit community, which encompasses Indigenous persons who identify as having both a masculine and a feminine spirit.

The Equity, Diversity and Inclusion Award went to The Word, A Storytelling Sanctuary. That’s a community-led nonprofit with a mission to build cultural equity through the literary arts by serving an intersectional constituency of the BIPOC+, LGBTQIA2S+, disabled and neurodiverse communities. Its programs include a mentorship program between editors and writers, a literary conference and book festival, and an annual BIPOC Bookseller Awards program.

The Global Award went to Gamelan Tunas Mekar, an all-volunteer organization that educates audiences about the music, dance and traditions of Bali and Indonesia. Its programs are modeled after traditional village groups found throughout Bali.

Because of COVID disruption, the previously announced 2021 winners were also singled out at the event: Pop Culture Classroom, Edgar L. Page and Color of Conversation Film Festival.

The awards are sponsored by the mayor’s office, Denver Arts & Venues and the Denver Commission on Cultural Affairs. 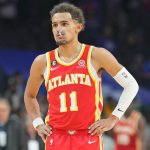 Previous Article For Trae Young and other young NBA stars, the path to the next level lies in the locker room, not the lane 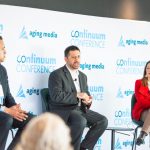 Oscar-bound? Brendan Fraser scores another trophy for ‘The Whale’ | Entertainment

A24 The Santa Barbara Film Festival may have put another brick in Brendan Fraser‘s road to Oscar gold. The actor, who donned extensive prosthetics to […]

HOLLAND — Tulip Time has announced a full slate of parades, shows and exhibits for 2023. Multi-platinum entertainer Sara Evans will make an appearance. Evans […]

The golfing entertainment chain Topgolf could be on its way to Lower Macungie Township as part of a proposed mixed-use development. The township planning commission […]