The 2022 NBA Finals between the Golden State Warriors and Boston Celtics shifted to Boston for a pivotal Game 3 on Wednesday night — a contest the Celtics won to take a 2-1 series lead.

Players generally make sure to limit distractions at such a crucial time of the postseason, allowing themselves to focus on the pursuit of a title. Prior to Game 3, however, there was one major distraction that the Warriors couldn’t ignore. During pregame warmups, some of the Warriors noticed that something was a little off with their basket. They made their objections known, and the TD Garden staff brought out the measuring stick to confirm the height.

Sure enough, the rim was two inches taller than the regulation 10-foot height, according to ESPN’s Kendra Andrews. Some of you out there may be asking, “two inches, what’s the big deal?” There is a HUGE difference between shooting on a basket that’s 10 feet tall and one that’s 10-foot-2. It was obviously a significant enough change for the players to notice, and thankfully they got it fixed before tipoff.

Warriors coach Steve Kerr was asked about the situation before the game and joked, “It’s a good thing the game starts at midnight,” in reference to the 9 p.m. Eastern start time.

“It happens every once in a while,” Kerr said. “Players have a really sharp eye for that. The players can tell.”

Dub Nation has already begun crying conspiracy — suggesting that the Celtics raised the rim on purpose to throw off Stephen Curry, Klay Thompson and the rest of the Warriors sharpshooters — but, as Kerr said, these things happen from time to time.

The good news is that the facilities staff got the situation rectified before the game started. If the Warriors would have noticed this midway through the first quarter and wound up losing the game, there undoubtedly would have been quite an outcry. 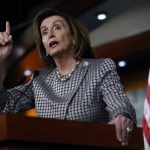 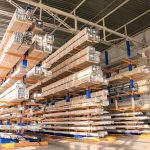 Next Article 5 Tips for Optimizing a Dealer Locator Page

The police chief who officials said decided to wait to confront the gunman at Robb Elementary School in Uvalde, Texas, completed an active shooter training […]