The Golden State Warriors will hold sole possession of the third-most titles (7) in NBA history if they can get past the Boston Celtics in the 2022 NBA Finals, which begin on Thursday night. Golden State knocked out Dallas in six games to reach the championship series for the sixth time in the past eight seasons. Boston needed all seven games to eliminate Miami in the Eastern Conference, reaching the NBA Finals for the first time since 2010.

Tipoff is set for 9 p.m. ET from the Chase Center in San Francisco. Golden State is listed as a 3.5-point favorite in the latest Celtics vs. Warriors odds from Caesars Sportsbook, with the over-under set at 213.5. Before making any Celtics vs. Warriors picks, be sure to see the NBA Finals 2022 predictions and betting advice from SportsLine’s proven computer model.

The SportsLine Projection Model simulates every NBA game 10,000 times and has returned well over $10,000 in profit for $100 players on its top-rated NBA picks over the past three-plus seasons. The model enters the 2022 NBA Finals on a stunning 88-59 roll on all top-rated NBA picks, returning over $2,200. Anyone following it has seen huge returns.

Now, the model has locked in its Warriors vs. Celtics picks and NBA playoff predictions. You can head to SportsLine now to see its picks. Here are several NBA odds and betting trends for Celtics vs. Warriors:

Golden State has been practically untouchable at home, winning 11 straight games at the Chase Center. The Warriors are going to be well rested after having a week off since wrapping up their series against Dallas. Meanwhile, Boston needed a seventh game to get past Miami on Sunday night.

The Warriors like to push the pace, so fatigue could be an issue for the Celtics on Thursday. Golden State has covered the spread in five of its last six games and has more NBA Finals experience on its roster than any other team in the NBA. Boston could be in for a rude awakening in its first NBA Finals game in more than a decade.

Dallas was unable to take advantage of Golden State’s weakness in the paint, but Boston is more equipped to exploit the Warriors. The Celtics can turn to Robert Williams III (questionable, knee) and veteran Al Horford down low, creating issues for Golden State on both ends of the court. They also have Jayson Tatum and Jaylen Brown to match Steph Curry and Klay Thompson in the scoring department.

Golden State might be rusty after having a full week off since its last game, while Boston has had plenty of time to recover from Sunday’s win in Miami. The Celtics have thrived away from home this postseason, covering the spread in 12 of their last 13 road games. They are also unbeaten against-the-spread in their last five games against Golden State, making them an appealing bet as underdogs on Thursday night.

SportsLine’s model is leaning under on the point total, projecting the teams to combine for 212 points. The model also says one side of the spread hits in almost 70 percent of simulations. You can only get that NBA Finals pick at SportsLine. 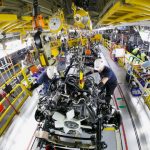 Donovan Mitchell trade rumors: Jazz star not expected to request to be dealt by Utah, per report

USATSI When the Utah Jazz traded Rudy Gobert to the Minnesota Timberwolves last week, which netted them a haul of first-round picks and young players, […]

Getty Images The 2022 NBA playoffs are heating up as the second round continues Saturday night. The Warriors welcome the Grizzlies for Game 3 in […]

Getty Images The Cleveland Browns have called FirstEnergy Stadium home for 23 years, but they may only play there for a few more seasons. Per […]