Game 4 of the 2022 NBA Finals between the Boston Celtics and the Golden State Warriors gets underway on Friday night. The Celtics came out aggressive in Game 3 and tallied a 116-100 win in front of their home crowd. Boston has a chance to take control of the series and jump out to a 3-1 lead. Golden State will look to pick up a road win in its 27th straight postseason series. Stephen Curry hurt his foot in Game 3, but he told reporters he plans to play on Friday.

Tipoff is at 9 p.m. ET at TD Garden. Boston is favored by four points in the latest Warriors vs. Celtics odds from Caesars Sportsbook, while the over-under is 214.5. Before making any Celtics vs. Warriors picks, be sure to see the NBA Finals 2022 predictions and betting advice from SportsLine’s proven computer model.

Guard Jaylen Brown has been one of the best players on the floor in this series. Brown has impacted the game on both sides of the court at a high level. The California product is sound on the defensive end, but has the ability to score on his own. Brown is very athletic and finishes through contact in the paint. He’s averaging 22.7 points, 7.3 rebounds and 4.3 assists per game during the NBA Finals 2022.

Center Al Horford provides Boston with a nice physical presence in the paint. Horford is a tall, strong power player who uses his size to his advantage. The Florida product plays solid defense but can also stretch the floor if needed. Horford can pile up boards and owns good passing skills. He’s putting up 13 points, 7.3 rebounds and is shooting 41 percent from downtown in the NBA Finals.

Curry has been lights out for Golden State. He’s an elite and pure shooter from all over the court. Curry’s range is unbelievable with a lightning-quick release. The eight-time All-Star owns creative ball handles and can read the defense and dime the open man. During the NBA Finals, Curry is averaging 31.3 points, five rebounds, 3.7 assists and is shooting 49 percent from 3-point land.

Guard Klay Thompson is another sharpshooter on the floor. Thompson has an effortless shooting stroke who played in many big-time games. The five-time All-Star gives maximum effort on defense and can pile up steals. Thompson is a threat to go off in any contest. In Game 3, he racked up 25 points, three assists, one steal and knocked down five 3-pointers.

SportsLine’s model is leaning under on the total, projecting 214 combined points. The model also says one side of the spread hits in well over 50 percent of simulations. You can only get that NBA Finals pick at SportsLine. 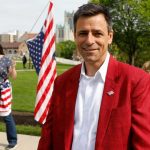 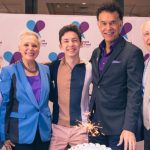 Showtime Boxing continues to deliver some massive moments and fights in 2022. After a strong start to the year, things have dramatically picked up over […]