The Boston Celtics and Golden State Warriors face off in a pivotal Game 5 matchup on Monday evening. The 2022 NBA Finals could swing on the outcome, with the series knotted at 2-2. Chase Center hosts the proceedings, with the Warriors winning Game 4 in Boston behind a robust performance from Stephen Curry. Neither team has lost back-to-back games in the 2022 NBA playoffs, with Boston again trying to steal home-court advantage in the best-of-seven clash.

Tipoff is at 9 p.m. ET in San Francisco. Caesars Sportsbook lists Golden State as the 3.5-point home favorite, while the over-under, or total number of points Vegas thinks will be scored, is 212.5 in the latest Warriors vs. Celtics odds. Before locking in any Celtics vs. Warriors picks, be sure to see the NBA Finals 2022 predictions and betting advice from SportsLine’s proven computer model.

Boston has two-way strengths in the series. The Celtics are averaging 26.8 assists per game, assisting on a whopping 71.3 percent of field goals against the Warriors. Boston is also shooting 42.4 percent from 3-point range and securing 29.7 percent of available offensive rebounds. In the full postseason, Boston is generating 23.3 free throw attempts per game, converting more than 80 percent of free throw attempts in the process.

On the defensive end, the Celtics are giving up only 16.3 free throw attempts per game to the Warriors, and Boston is blocking 6.5 shots per game in the NBA Finals 2022. Golden State is shooting only 44.9 percent from the field, well below its season average, and Boston is holding opponents to 43.6 percent shooting and 33.3 percent from 3-point distance in the postseason. The Celtics are also limiting opponents to only 20.5 assists per game, and Boston’s versatile defensive approach regularly flummoxes opponents.

The Warriors have the best player in the series in Curry. After a regular season in which Curry averaged 25.5 points per game and led the NBA in 3-pointers, the former two-time MVP is on a tear against Boston. Curry is averaging 34.3 points per game on 50 percent shooting and a blistering 49 percent from 3-point range in the series. That overall profile was buoyed by 43 points, 10 rebounds and seven 3-pointers in Game 4, and Curry is virtually impossible for any opponent to stop.

The Warriors are also securing more than 29 percent of missed shots on the offensive glass in the series, and Golden State maintains an impressive 115.1 offensive rating in the playoffs. That mark improves to more than 1.19 points per possession in postseason home games, and the Warriors are also holding the Celtics to just 45.7 percent 2-point shooting in the 2022 NBA Finals.

SportsLine’s model is leaning under on the total, projecting 211 combined points. The model also says one side of the spread hits in well over 60 percent of simulations. You can only get that NBA Finals pick at SportsLine. 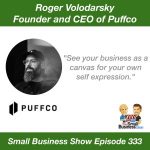 USATSI Packers quarterback Aaron Rodgers is back in Green Bay after signing a massive contract extension in March, but that doesn’t mean the 38-year-old isn’t thinking […]

Getty Images The NBA Draft is always a hotbed for trades, but 2022 was especially frenetic. There were plenty of deals made by contending teams […]

After the Los Angeles Rams won Super Bowl LVI against the Bengals in their home stadium, they wanted to keep the momentum going and made […]

E.J. Liddell was told he was too heavy, too slow, undersized and probably not ready for the NBA. The Ohio State star was also told […]