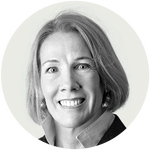 The Infowars fabulist Alex Jones delayed an expected return to the stand on Friday, a day after his courtroom testimony closed with a political outburst, in a case that will determine how much he must pay families of eight Sandy Hook victims after he spent years defaming them and calling the school shooting a hoax.

Norm Pattis, Mr. Jones’s lawyer, announced he was waiving his right to cross-examine his client and would call him back to the stand next week in part to “lower the temperature” after the charged atmosphere at the close of court on Thursday. Mr. Pattis said Mr. Jones would return to the stand on Wednesday. The families’ lawyers will most likely question him then as well.

Judge Barbara N. Bellis of the Connecticut Superior Court in Waterbury had promised a “zero tolerance” day on Friday, threatening to hold Mr. Jones and Mr. Pattis in contempt. Mr. Jones erupted on Thursday in a series of politically charged statements and refused to apologize to the Sandy Hook families for years of lying about the 2012 shooting and the resulting torment by conspiracy theorists.

After it was announced that he would not take the stand on Friday, Mr. Jones spoke outside the courthouse, complaining about how the judge’s order against making this case about politics was putting a “gag” on him. Mr. Jones wants to link his multiple losses of these defamation lawsuits with the First Amendment, but that, like most of his commentary about the three damages trials, is false, and he is barred from using that argument in court. Mr. Jones lost his ability to advance a free speech defense when he refused to submit business records and testimony as part of discovery in the suits. After four years of stonewalling, he lost all four Sandy Hook defamation lawsuits by default.

This damages trial — the second of three after two cases were combined — is for a jury to decide how much he must pay the families for defaming them with his Sandy Hook lies, and the harm that resulted.

On Thursday Mr. Jones, blinking rapidly, his speech unintelligible at times, repeatedly referred to “you liberals” who “switch on emotions on and off when you want.” He had called the trial a “deep state situation.”

Chris Mattei, a lawyer for the families, told Mr. Jones on Thursday to “show a little respect.” Some of the family members were weeping in the courtroom gallery after watching a videotape of Robbie Parker, a Sandy Hook parent, reminisce about his daughter Emilie on the night after the shooting.

“You have families in this courtroom here that lost children, sisters, wives, moms,” Mr. Mattei said, as Mr. Jones stared at the gallery, his face expressionless.

“You’re in a court of law, and you have to follow the rules,” the judge told Mr. Jones. And to Mr. Pattis: “You’re shouting over your client. You just have to — stop.”

In this case, Mr. Jones violated Connecticut’s unfair trade practices law by using lies to sell products. There is no cap on damages for those who violate the act, and he faces a potentially ruinous verdict from the jury, some of whom shook their heads during his outburst on Thursday.

Last month, a jury in Texas ordered him to pay almost $50 million to the parents of a child killed at Sandy Hook, though the final figure may be lower because state law limits punitive damages. The parents are not part of the case in Connecticut. 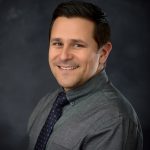 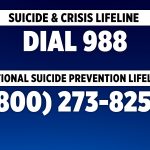 Next Article Encouraging men to open up about mental health

Mega Millions jackpot surges to $1.02 billion after no winner Tuesday

MISHAWAKA, Ind. — Indiana Republicans on Saturday picked Rudy Yakym to replace U.S. Rep. Jackie Walorski on the November ballot, after Yakym won the endorsement of the […]

Gunfire and fireworks launched as weapons overnight Monday created chaos and peril in Minneapolis, including a Mississippi River park where seven people were wounded during […]

Bakhmut: Russians are on the verge of capturing key Ukrainian city. In neighboring town those with nowhere else to go brace for their arrival

As we drove into the city in the Donetsk region of eastern Ukraine on a warm sunny morning, men in orange vests tend to the […]