CHICAGO (CBS) — It’s art with a purpose. Damon Lamar Reed has spent the past year creating vibrant murals of Black women and girls who have been missing from the Chicago area for some decades.

One of them is Jerrica Laws, who has been missing now for six years. Her loved ones are still searching and hoping.

The murals will be on display inside the Cultural Arts Center for two months.

Basing the murals off family photos, the artist uses bright hues and distinct lines in an effort to honor the women and girls who have been missing.

Laws was 20 years old when she vanished without a trace.

“It just hurts so bad,” said Shantinel Howard, as she struggled to find words after getting a glimpse of her daughter’s mural. “I just got overwhelmed looking at her picture back there and how talented Damon is to capture her.”

“It’s called the Learning Lab, so I’m, in a sense, kind of giving people information, informing them about the Still Searching Project,” he said.

Detectives with the Cook County Sheriff’s Office were at the display passing out flyers of numerous women whoa re still missing.

“I just want to help raise awareness,” Reed said. “Some of these cases people haven’t talked about in years.”

“It’s just heartbreaking,” her mother said. “Jerrica has been missing for over six years.”

She said Jerrica went out for a walk, which she did daily, but this time she didn’t return home and hasn’t since.

“The more time goes by, the more I feel like I’m not going to find her,” Howard said. “And I really don’t know where to begin to start over, to look for her.”

She said these past years have been an emotional rollercoaster.

Howard said detectives with the sheriff’s office and Park Forest Police Department spoke with her in February, letting her know the FBI is now involved.

Howard said she has not gotten any updates on her case but is still hopeful her daughter is still out there. 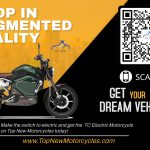 Summary The Guardian’s live coverage of nationwide abortion rallies as come to an end. Here’s a look at how the protests unfolded throughout the day. […]

How the Supreme Court could proceed with the Roe leak probe