As South Florida gets soaked by a tropical system, officials warn of potential for flooding

Send Valley June 4, 2022 0 1 min read
The city of Miami warned Saturday afternoon several roads were not accessible. At least one beach was temporarily closed.
Miami-Dade Fire Rescue officials warned the danger of flooding throughout the weekend is “high” across the county, especially in low-lying and poorly drained parts, and urged residents not to try and walk or drive through flooded waters.
The National Weather Service (NWS) said the heaviest rain bands of the storm system had moved offshore by late afternoon but warned some isolated showers could follow and cause localized flooding.

Earlier the NWS office in Miami said between 6 and 11 inches of rain fell on some areas.

A Flood Watch was in effect for South Florida late Saturday afternoon and included parts of Broward, Miami-Dade and Palm Beach counties.

Track the storm system here
Potential Tropical Cycle One was poorly organized as it headed for the Atlantic Ocean Saturday evening. At around 2 p.m. ET, the National Hurricane Center had the center of the storm roughly 15 miles southwest of Fort Pierce, Florida.
A tropical storm warning remained in effect for Florida’s east coast, south of the Volusia/Brevard County line, to Jupiter Inlet, according to the center.

A tropical storm watch was also in effect for the northwestern Bahamas.

The disturbance is unlikely to become the first named storm of the Atlantic hurricane season before it finishes crossing Florida Saturday, the NHC said.

“The disturbance is expected to become a tropical storm off the East Coast of Florida by (Saturday night), and some strengthening is forecast tonight through Monday as the system moves farther away from Florida over the western Atlantic,” the NHC said.

Some locations could see up to 15 inches before the end of Saturday; Miami had 11 inches by 9 a.m. The NHC added “considerable flash and urban flooding is expected” across this region.

“Over the past few hours, a weather station at Fowey Rocks near Miami, Florida reported sustained winds of 46 mph and a wind gust of 56 mph,” the NHC said.

US airlines warned disruptions at the Florida airports would last through the weekend.

CNN’s Gene Norman and Greg Wallace contributed to this report.

Tags :
As South Florida gets soaked by a tropical systemofficials warn of potential for flooding - CNNus 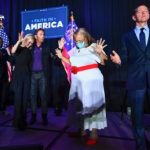 Previous Article The evangelical church is in a ‘state of emergency’ because of the pandemic and politics, Andy Stanley says 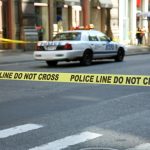 Next Article The political class is shrinking NY on purpose

Washington — A young student who survived the mass shooting at an elementary school in Uvalde, Texas, was among of group of witnesses who testified […]

Johnny Depp’s multi-million win against Amber Heard is once again being challenged after Heard’s legal team filed paperwork Friday seeking a mistrial, stating that the […]

Biden’s solar plan ‘builds a bridge’ for U.S. manufacturing — but there’s more work to be done