At least three people are dead and multiple people are injured following a shooting at the Natalie Building at St. Francis Hospital in Tulsa, Oklahoma, on Wednesday, according to police.

Police received a call of a man walking with a rifle near a medical office. When police responded, they said it turned into an active shooter situation, according to Tulsa Police Captain Richard Meulenberg.

When police entered the building, they found multiple people shot.

“Officers immediately rushed to the second floor where the shooting was taking place, when they got there they found a few people had been shot, a couple were dead at that time,” Meulenberg told ABC News. “We also found at that time who [we] believe and still believe to [be] the shooter because he had a long rifle and a pistol with him.”

Tulsa police said the shooter is dead. It’s unclear if he was shot by police, Meulenberg said.

Police said they are going through the five-story medical complex room by room to secure the building.

“We are doing a meticulous floor-by-floor, room-by-room search … It’s calmed down. We’re trying to connect people and we’re hoping not to find any victims,” Meulenberg said.

The Tulsa Police Department said to stay away from the area and that reunification for families will be at Memorial High School on the west side of LaFortune Park.

This is a developing story. Please check back for updates. 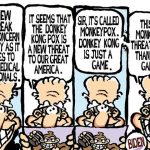 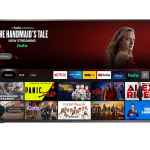 US consumer prices rose at an annual pace of 8.3 per cent last month, more than economists’ expectations and staying at a four-decade high, underscoring […]

Jennifer Lopez and Ben Affleck have tied the knot! Court documents obtained by TODAY confirm that the couple obtained a marriage license in Clark County, […]