A prominent Quebec radio host and the creator of the Parti Québécois’s controversial secular values charter is attempting to make a return to provincial politics, this time under the Coalition Avenir Québec banner.

The news of Bernard Drainville’s political run with Premier François Legault’s party was confirmed to Radio-Canada and The Canadian Press.

Drainville, a former PQ minister, is set to announce next week that he will be the CAQ candidate in the riding of Lévis in Quebec’s next provincial election, expected in October.

He would replace François Paradis, the current MNA for Lévis and Speaker at the National Assembly, who announced Friday that he will not seek re-election.

Montreal radio station 98.5 FM said Drainville, who will turn 59 next week, resigned Thursday from the midday radio show he had hosted for six years.

He is best known for presenting a so-called values charter when he was in government in 2013. The charter called for people who wear religious symbols to be prohibited from working in public institutions.

The idea for the charter fell when the PQ was defeated in the 2014 election, but the CAQ under Legault took up the secularism mantle and adopted Bill 21 in 2019. That law prohibits certain public employees — judges, teachers and police officers — from wearing religious symbols at work.

Drainville worked as a journalist between 1989 and 2007 before jumping to provincial politics with the PQ. He was elected four times between 2007 and 2014.

Under Pauline Marois’s short-lived minority government from 2012-14, he held the title of minister responsible for democratic institutions and citizenship participation. He was briefly the PQ House Leader between September 2015 and June 2016, before leaving politics.

Marc Tanguay, the Quebec Liberal MNA for the district of Lafontaine, said this move testifies to the fact that Legault governs like the PQ.

“Bernard Drainville is a convinced separatist,” he said. “The CAQ is the new PQ 2.0.”

“Legault wants religious symbols and immigration to be the issues at the ballot box in the next Quebec election. It’s clearer than ever,” he said, adding the premier is ignoring problems that are happening “in the real world,” such as inflation and climate change.

For the PQ, Drainville joining the CAQ is a slap in the face and an opportunistic move, according to Pascal Bérubé, the party’s language critic.

While speaking to journalists, Bérubé questioned the integrity of the radio host, inquiring how long he had known he would be running for the CAQ.

“For years …. I say without ambiguity that he has been complacent and has always refrained from directly attacking the CAQ,” he said.

Meanwhile, Legault refused to comment on Drainville’s move on Friday, explaining that he wanted the day to be about honouring his long-time MNA Paradis. 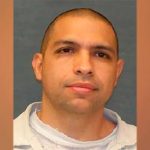 Next Article Gonzalo Lopez: Convicted murderer who escaped 3 weeks ago was killed by police hours after he was ID’d as suspect in killing of family of 5

The politics of unemployment debt in Colorado

How does the refugee process work, and why has the U.S. struggled to increase admissions?

Since 1975, the U.S. has welcomed nearly 3.5 million refugees displaced by war and violence across the globe. But recently, the U.S. refugee program has […]

Lobbying or campaigning? Idaho political organizations did both before primary election

Sen. Jim Woodward, R-Sagle, started hearing about the messages reaching his constituents in mid-February, right in the middle of the legislative session. “Sen. Jim Woodward […]