In his 20-minute speech, Putin warned he would use “all the means at our disposal” if he deemed the “territorial integrity” of Russia to be jeopardized.

The mobilization means citizens who are in the reserve could be called up, and those with military experience would be subject to conscription, Putin said, adding that the necessary decree had already been signed and took effect on Wednesday.

The escalation came after stunning Russian setbacks in the war, which has dragged on for more than six months. Biden, who has led efforts to isolate Russia and supply Ukraine with advanced weaponry, had been planning to underscore those efforts in Wednesday’s speech. Ukrainian President Volodymyr Zelensky also planned to address the UN on Wednesday.

He expects to offer a “firm rebuke of Russia’s unjust war in Ukraine,” according to his national security adviser Jake Sullivan, and deliver “a call to the world to continue to stand against the naked aggression that we’ve seen these past several months.”

Still, Putin’s pugilistic speech hours ahead of Biden’s address dramatically illustrated the challenges that lie ahead. The combined effects of the prolonged conflict and economic uncertainty have created a dark mood among world leaders gathering in New York this week for the annual high-level UN meetings.

After making his debut UN address last year under the cloud of a messy Afghanistan withdrawal and stalled domestic ambitions, Biden’s aides believe he enters his sophomore outing with a stronger hand.

“We believe that the President heads to New York with the wind at his back,” Sullivan told reporters at the White House on Tuesday, citing a mostly-united western alliance and recent wins on the domestic front, including a historic investment in fighting climate change.

Questions about US leadership

Still, even as Biden proclaims renewed US leadership, deeper questions persist over his ability to maintain that position in the years ahead, as fears of a global recession looms and threats to American democracy fester.

Biden has spent ample time underscoring those threats in recent weeks, primarily for a domestic audience but with foreign capitals also listening intently. He has recounted in recent speeches sitting around a table at last year’s Group of 7 summit in Cornwall, England, telling fellow leaders that “America is back.”

French President Emmanuel Macron, Biden has told audiences, asked him: “For how long?”

That question still hangs over Biden’s efforts on the world stage, even a year-and-a-half into his term, as his predecessor continues to wield influence over the Republican Party and prepares to mount another run for the White House. Biden himself said in an interview that aired Sunday that while he intends to run for reelection, a final decision “remains to be seen.”

One of the issues currently at the forefront of global affairs — the pained negotiations to restart the Iran nuclear deal, from which Trump withdrew — only underscores the effects of pendulum swings in American leadership.

For Biden, the yearly UN speech is another stab at explaining to the world how he has steered the United States back into a position of leadership after the “America First” years of Donald Trump.

In his speech, Biden will announce $2.9 billion in US assistance to help address global food insecurity. The $2.9 billion investment, the White House said in a fact sheet, is aimed at shoring up food supply amid Russia’s invasion of Ukraine, widespread inflation and other supply chain issues, and builds on $6.9 billion already committed by the US this year.

It includes $2 billion in global humanitarian assistance through USAID, the US Agency for International Development.

Later Wednesday morning, Biden will host a pledging session for the Global Fund to Fight HIV, AIDS, Tuberculosis and Malaria. In the evening, Biden and the first lady will host a leaders’ reception at the American Museum of Natural History.

This week’s schedule was thrown into flux as world leaders assembled in London for Queen Elizabeth II’s funeral, one of the largest gatherings of heads-of-state in recent memory. Many flew from the British capital to New York for the UN meetings.

Instead of his usual Tuesday morning speaking slot, Biden’s address was pushed back a day. Unlike the past several years, when the UN General Assembly was scaled down due to Covid-19, this year’s gathering is back to its usual in-person capacity.

Biden and his aides have been drafting the address for several weeks, a period that coincided with Ukraine’s successful counteroffensive taking back some Russian-held territory after months of occupation. The initiative had been coordinated with American officials, including through enhanced information and intelligence sharing, and sustained by weaponry provided by the US and its allies.

US officials have cautioned Ukraine’s current gains don’t necessarily signal a wider change in the outlook of the war, which remains likely to be a prolonged conflict. A day ahead of Biden’s speech, two Russian-controlled regions in eastern Ukraine announced plans for referendums on officially joining Russia, votes the US has previously warned would be “shams.”

One of Biden’s objectives in his speech Wednesday will be to stress the importance of maintaining unity among western allies in supporting Ukraine in the uncertain months ahead.

That effort is made more difficult by a looming energy crisis as Russia withholds supplies of natural gas to Europe as winter sets in. Higher costs spurred in part by withering western sanctions on Moscow have led to an economic calamity that is causing political turmoil for many leaders in Biden’s coalition, including himself.

The President meets with one of those leaders, British Prime Minister Liz Truss, later Wednesday. It will be their first formal in-person talks since Truss entered office earlier this month following the decision of her predecessor, Boris Johnson, to step down.

She inherited a deep economic crisis, fueled by high inflation and soaring energy costs, that has led to fears the UK could soon enter a prolonged recession. While few in the Biden administration shed tears at Johnson’s resignation — Biden once described him as the “physical and emotional clone” of Trump — the US and the UK were deeply aligned in their approach to Russia under his leadership.

White House officials expect that cooperation will continue under Truss, even as she comes under pressure to ease economic pressures at home.

Less certain, however, is whether Truss’s hardline approach to Brexit will sour relations with Biden. The President has taken a personal interest in the particular issue of the Northern Ireland Protocol, a post-Brexit arrangement that requires extra checks on goods moving between Northern Ireland and the rest of the UK.

The rules were designed to keep the border between Northern Ireland and the Republic of Ireland open and avoid a return to sectarian violence. But Truss has moved to rewrite those rules, causing deep anxiety in both Brussels and Washington.

Putin is not expected in-person at this year’s general assembly, though his foreign minister Sergey Lavrov will be in New York for the event. Chinese President Xi Jinping is also not planning to attend the UN in person this year.

The two autocratic leaders, who met in-person last week, have deepened ties between their countries as relations with the west deteriorate. Biden has warned Xi against supporting Putin in his invasion of Ukraine, a theme he’s expected to reiterate in Wednesday’s speech.

Putin and Xi’s absence underscores the limits of venues like the UN to resolve the world’s most serious problems. With permanent seats on the UN Security Council, Russia has resisted approving resolutions on Syria and Ukraine, leading to inaction.

Efforts to reform the Security Council have gained more steam under the Biden administration, though prospects of breaking the body’s stalemate seem slim. Biden’s aides are still weighing how specifically he will speak to the US desire to reform the Security Council during his visit to the UN this week, but he is expected to make his views known at least in private with other leaders.

“We’re committed to finding a way forward to make the UN fit for purpose for this century. And, currently, there is an attack on the UN system. There’s an attack on the charter. And that’s by a permanent member of the Security Council,” Biden’s ambassador to the UN Linda Thomas-Greenfield said Sunday on CNN’s “State of the Union.”

“I can’t change the fact that Russia is a permanent member of the Security Council, but I can continue the efforts that we have succeeded at, and that’s isolating them, condemning them, and making sure that they know and understand it’s not business as usual,” she told Jake Tapper. 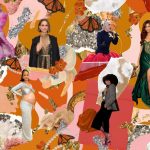 Previous Article Inside the Undeniable Politics of Fashion

Tennessee now has a strict abortion ban. The law bans abortion at the moment of fertilization. It does not contain specific exceptions. Instead, there is […]

Extreme heat is again scorching a large section of the US

The National Weather Service says: “Life threatening excessive heat will develop across portions of the Midwest” and Georgia will experience “dangerous heat.” There are also […]