BIDLACK | How far can you bend the truth in politics? | Opinion

Over the past five or so years that I’ve been writing these columns I have mentioned from time to time why I’m a Democrat. My flippant response is usually that I’m a Dem because it requires less hypocrisy than being a Republican. That is especially true in the era of Trump, the epoch of the trice-married, twice-divorced serial liar that is now, for some reason, the moral and ethical head of the GOP. Somewhere, I’m convinced, within the core of the Republican party there must remain some leaders of integrity (cough… Liz Cheney… cough) who still cling to traditional GOP values such as having a small government that supports law enforcement, rather than those who put on helmets and storm the Capitol. But those leaders are very hard to find these days.

I was reminded yet again that the GOPers currently in charge are not especially wedded to facts when I saw a recent political ad from my 2008 congressional opponent, Congressman Doug Lamborn (who, for the record, kicked my butt in the general election). Back when I was running against Lamborn, there were two other Republicans running as well, out of anger at Lamborn for his 2006 campaign tactics. Lamborn, for all his faults and limited legislative success, is not a dummy, and in 2008, and since then, he has ignored his many primary election opponents and has won his party’s renomination every two years hence.

And so, I was truly surprised when I saw the first Lamborn TV attack ad I can recall in a primary. A recent Colorado Politics story reported on that ad, attacking rival State Rep. Dave Williams, in a bizarre and heavy-handed rant, that apparently has little to do with the truth. The ad makes a series of claims, including that Williams was fired by the Trump campaign and that he voted to defund the police and to give that money instead to “pro-abortion” groups like (gasp) Planned Parenthood and (somehow) Black Lives Matter.

By the way, if you really want to reduce the number of abortions, you should give more money to Planned Parenthood, as most of their work is preventing unwanted pregnancies through distributing education and birth control, but I digress…

Eagle-eyed viewers of the Lamborn ad likely noted that unlike most political attack ads, this one did not include links to any sources of the claims attacking Williams. Usually, there will be a link that connects to a news story reporting on the claim made, or sometimes a speech in the Congressional Record, or other sources. But Lamborn’s ad is fact-check free.

Williams, as you can imagine was not amused.

The first claim by Lamborn is that Williams was fired by the Trump campaign, which may refer to a CP story back in June 2020, when the Trump folks severed ties with Williams, who was running around as a Trump surrogate, giving speeches and such from a far-right point of view. Williams accused the Colorado Trump campaign of pettiness, but Williams was never really a paid staffer, so was he really fired? This is the Lamborn claim in the ad that comes the closest to the truth.

In a remarkable twisting of words and hypocrisy, the ad accused Williams of wanting to defund the police because, as a state legislator, he supported a bill (that died in the legislature) that would have changed how some traffic ticket fines are paid.

The bill Williams supported (and Lamborn is attacking) would allow drivers receiving a minor traffic violation resulting from citations issued by red-light cameras (which we all love so much) to pay their fine to a charitable group on a list of pre-approved charities. No mention of PP or BLM, just traffic tickets.

You really have to have a flexible spine and, I guess, moral code, to assert with a straight face that Williams wanted to fund groups that have become central to the dishonest Trumpian politics that so dominates today’s GOP leadership. He supported traffic fines going to charity.

Williams, not surprisingly, is demanding the ad be removed from the airwaves by the TV stations running it, and has further stated that he intends to file a criminal complaint about the false claims. He won’t, of course, be successful with that. Without proof that the ad was aired with false information knowingly and recklessly, no court will decide in his favor. You know, that pesky First Amendment that protects speech and all.

I am not sure upon whom the judgement of history will be most severe: those who loved Trump from the start (like Williams, it seems) or those who ran to Trump to wrap themselves in Trumpian values and images (like Lamborn).

But Williams did get Lamborn to do something that earlier primary challengers have failed to do. He got him to admit that a rival named Williams actually exists. Rather than ignoring Williams, as Lamborn appears to be doing to his other rivals for the nomination, Lamborn has sunk significant campaign funds into a TV advertisement that is, well, not really tied to reality. He must, for some reason, fear Williams more than he had feared earlier or other current opponents. But given the political dynamics of the fifth congressional district, this may be a smart choice, as the GOP nominee here has little to fear come November.

Were I still teaching political science at the AF Academy, I’d likely use this Lamborn advertisement in a lesson plan on political advertisements. Negative ads, like this one, tend to resonate in voters’ minds for a while. Lamborn’s hope is that when it comes time to mark our ballots, enough voters will somehow remember “hearing” that Williams is anti-cop and anti-Trump to make a difference in the outcome.

It’s not a particularly honest or honorable way to win, but it is the soup du jour of today’s Trumpian GOP.

Hal Bidlack is a retired professor of political science and a retired Air Force lieutenant colonel who taught more than 17 years at the U.S. Air Force Academy in Colorado Springs. 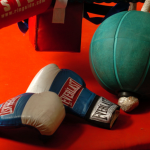 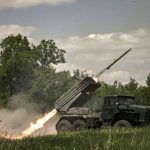 SUSAN BIGELOW It’s only one month until the August primary, a date I’m sure you all have circled on your calendars. Yes, there really is […]

Opinion: LGBTQ+ Community Must Get Involved in Politics to Avoid Losing Rights