Now we know why Donald Trump wanted to buy Greenland. In the Netflix premiere of the Danish political drama Borgen – returning with a fourth series after nearly a decade away – oil has been found on the world’s biggest island. Fingers crossed, Denmark’s ambassador to the Arctic tells a foreign ministry briefing, the field will be as big and lucrative as Ekofisk. You remember Ekofisk: the oilfield funded by Norway to secure the economic future of its citizens for generations while we Britons, sad face, did nothing so sensible with our North Sea revenues.

Just a second, you might well interject. Could you fill us in on Greenland’s political status? Of course. Greenland was a Danish colony from 1814 until 1953, when it became part of Denmark. Home rule was established in 1979 and it voted for further self-governing powers in 2008. That said, not a few of Greenland’s 56,000-strong population yearn to become independent and use any oil to fund that project. Aren’t you glad you asked?

Borgen may be a near-homonym for boring – and even I know that the episode that dealt with political machinations over who should become Denmark’s next EU commissioner is an hour I would have better spent bathing in ass’s milk with cucumber slices over my eyes – but this opening episode whistles along.

It cuts fast and furious between cabinet crises, ratings issues at the TV1 news channel and the personal and political issues of our heroine, Birgitte Nyborg, while re-acquainting us with my pale, male – if not yet stale – role models, Søren Malling’s grumpy news editor, Torben Friis, and Lars Mikkelsen’s bad boy economics sage, Søren Ravn.

Back to the plot. A government bean counter calculates that if Greenland’s oilfield yields 100m barrels over a 30-year period, that would produce an income stream of $285bn. That money would pay for a lot of teachers, the finance minister, Helle Holst, tells a cabinet meeting. But hold on: Denmark can’t be party to drilling for oil, counters our heroine, who is the foreign minister and thus Copenhagen’s answer to Liz Truss. Despite all the other stuff going on in her life – hot flushes, a son dedicated to pig liberation, the pregnancy of her ex’s new partner – she is the most clear-sighted cabinet member. Copenhagen, she points out, signed the Paris agreement and vowed to go carbon neutral by 2050.

True, says pragmatic Helle, but that gives Denmark 28 years to exploit the new oil source without breaking that promise. It is a remark that would make Greta Thunberg and George Monbiot’s forehead veins throb so much that, if those sources of green energy could be plugged into the National Grid, we might not need oil to make our kettles boil.

How far, this new series of Borgen asks, should politicians stand by their ideals? Should we sacrifice our principles on the altar of economic stability?

The questions become more vexed when we find out that Russians have bought up the Canadian stake in the company that is drilling for oil. Worse yet, the head of that company is Putin’s buddy. Can the Danish government really endorse such a project at the very moment western sanctions are being imposed on the Kremlin for invading Ukraine? If you answered yes, you are probably Sergei Lavrov.

It cuts fast and furious between cabinet crises, TV ratings issues and the issues of our heroine, Birgitte Nyborg

Much has changed since we last visited Borgen, in 2014. Britain’s Scandi love affair is over. No one accessorises wellies with Faroe Isle jumpers any more. I have stopped answering my phone with a cheery: “Saga Norén, Malmö CID.” Denmark has elected a second female prime minister, Mette Frederiksen. It had elected none when the show, about Nyborg’s rise to the top job, began.

As discussed, though, Nyborg’s career has taken a downwards turn – yet she still wields power as part of a coalition led by Signe Kragh. Effectively, she is Nick Clegg to David Cameron, if Clegg and Cameron had been women and inspiring.

But if the future is female (the title of the first episode), there is no sisterly solidarity. Kragh finds out that Nyborg has turned all Dominic Cummings, briefing against her boss because of the PM’s unconscionable pro-oil stance. “You’re alone on an ice floe,” snarls Kragh when she finds out what Nyborg has been doing behind her back. “Let’s hope it doesn’t melt under your feet.” Now that, boys and girls, is how to make a threat.

If, like me, you yearn for democratic politics to be carried out with machiavellian sophistication and attention to principle and policy detail – in other words, in a manner inimical to Westminster’s practices – you will agree that it is lovely to have Borgen back. Like a 2022 version of The West Wing, it is a fictional antidote to unbearable reality. 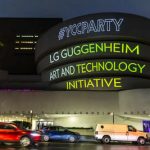 Yes, there’s a lot of food, but plenty of politics too at the state fair

Tom Weiler has never run for office before, but the Republican congressional candidate knows enough about politics to plan to spend every day at the […]

Some Lebanese MPs are refusing to play politics, but that’s a flawed approach

The so-called Change bloc in Lebanon’s parliament is threatened with collapse. Until last week, the bloc was made up of 13 parliamentarians who won seats […]