The Office for National Statistics has released a report today showing the extent to which British people are worried about the cost of living. Here are some of the main findings.

These are from ITV’s Anushka Asthana ahead of the high court hearing this morning where campaigners will be seeking an injunction to stop the deportation of asylum seekers to Rwanda next week.

And here is our preview story by Rajeev Syal and Diane Taylor.

Rishi Sunak has been accused of wasting £11bn of taxpayers’ money by paying too much in interest servicing the government’s debt, PA Media reports.

Good morning. Boris Johnson is expected to be campaigning in Tiverton and Honiton in Devon today, where in a fortnight’s time voters will be hearing the result of the byelection. The Lib Dems are now widely expected to win, and if they do, overturning a Tory majority of more than 24,000, it will be a dire blow to the Tories, even worse than the loss of North Shropshire, where the government majority was just under 23,000. It is not clear yet what Johnson might be doing in the constituency, but it would be nice to think that he will bump into the woman my colleague Peter Walker met when he was there yesterday.

Some Tories and commenatators think that the loss of Tiverton and Honiton (and also Wakefield, where there is another byelection on the same day) might trigger a fresh Tory attempt to remove Johnson. But this seems unlikely, since the party will still be less than three weeks on from the last no-confidence vote, and instead party conference in the autumn (and/or the publication of the privileges committee inquiry into claims Johnson lied to MPs about Partygate – possibly coming at roughly the same time) is being seen by some as the new deadline by which Johnson must either get a grip or face removal from office.

In an article for the Daily Telegraph today Lord Frost, the former Brexit minister who at one point was close to Johnson, delivers this warning explicitly. He says that, if Johnson wants to survive, he must embrace an authentic deregulatory, low-tax, Brexity agenda. He explains:

The investigation by the committee of privileges is still ongoing – it could easily come to some difficult conclusions and [Johnson] will face real problems if MPs, the party, and our voters can’t by then see a new positive agenda that would justify sticking with him as prime minister.

Every prime minister has weaknesses and blind spots. The issue is whether they are able to compensate for them, by having the right people, by taking good advice, and by setting a clear policy direction with broad support. Mr Johnson probably has between now and the party conference to show he can do that.

The main concern I hear from party members and potential Tory voters is not about partygate. For good or ill, people have made up their minds about that. It is that they don’t understand what the government is trying to do, and why. Worse, to the extent that they do understand it, they don’t particularly like it. They get that the government faces many difficult problems. They are willing to cut it some slack. But they want to know how it is going to try to solve them and they want it to do so in a Conservative way, not in a high-cost high-spend collectivist way.

Frost spend most of his career as a middle-ranking diplomat, and he was a lobbyist for the Scotch Whisky industry before Johnson, then foreign secretary, made him an adviser. Now he has acquired a status where he is presented (particularly by the Telegraph) as the conscience of Conservatism. It is a striking transformation but one that is flattering for Frost, as well as the convenient for the paper, which is now increasingly critical of Johnson and happy to use the peer to champion an agenda it also shares.

Here is the agenda for the day.

10.30am: Lawyers launch a bid at the high court to stop the deportation of asylum seekers to Rwanda.

At some point Johnson is expected to be campaign in Tiverton and Honiton.

And Keir Starmer is in Belfast, where he is meeting political figures to discuss the Northern Ireland protocol.

I try to monitor the comments below the line (BTL) but it is impossible to read them all. If you have a direct question, do include “Andrew” in it somewhere and I’m more likely to find it. I do try to answer questions, and if they are of general interest, I will post the question and reply above the line (ATL), although I can’t promise to do this for everyone.

If you want to attract my attention quickly, it is probably better to use Twitter. I’m on @AndrewSparrow.

Alternatively, you can email me at andrew.sparrow@theguardian.com 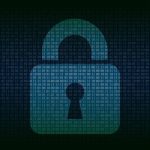 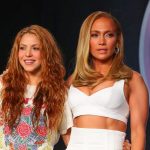 Fundraising with barbecue, bikes, and lights | Government and Politics

On Saturday, starting at 9 a.m., the Washington County Cruisers and the Irondale Fire Citizens Group are hosting a day of activities, food, and music […]

A night out with Kneecap, Ireland’s political hip-hop rebels

It’s not even 8:30 on a Monday night, and already a good quarter of the roughly 200-person audience crammed within the converted courtyard that is […]

Experts at Hopkins Symposium: Health Is Key to Political Participation

Getty Images. Participating in politics is correlated with good health, political advocates and academics say, and public health care providers have a role to play […]

Harris, one day after draft abortion opinion, says “women’s rights are under attack”