After a somewhat cool close to 202 where many of boxing’s top stars featured their talents in stay-busy fights, the New Year began with hopes of some of the top stars facing off against other top opposition over the next 12 months. At least one fighter cleared his initial hurdle toward the biggest fight of his career when Gervonta “Tank” Davis knocked out Hector Luis Garcia on Jan. 7.

Davis announced in November that he and Ryan Garcia had agreed to the framework of a deal for a fight in 2023 with Davis only needing to get by Hector Garcia to make the fight a reality. He did exactly that, surviving a tough early challenge before scoring a knockout to secure arguably the biggest fight in boxing in terms of public attention.

The schedule did take a hit, however, when Josh Taylor suffered an injury requiring the postponement of his planned WBO junior welterweight championship rematch with Jack Catterall on March 4. That rematch has been postponed several times since Taylor won a highly-disputed decision in their battle for the undisputed welterweight title in February 2022.

The biggest fight left for January is Artur Beterbiev’s clash with Anthony Yarde on Jan. 28 in London. Beterbiev, who holds three of the four recognized world titles at light heavyweight, could end up fighting for undisputed status against 2022 Fighter of the Year Dmitry Bivol before the end of 2023.

Below is a running list of boxing main events for 2023.

Note: This will be updated constantly with changes and additions. 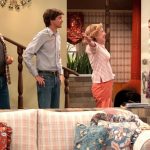 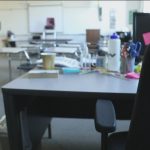 AEW All Elite Wrestling returns to pay-per-view on Saturday night with AEW Revolution. The promotion’s first pay-per-view event of the year, AEW has loaded the […]

Sports are full of what-ifs. They’re what make every game, every quarter, every moment so entertaining as the grasp of a championship trophy inches closer […]

The Giants rolled all over the Colts in the first half of the two sides’ Week 17 matchup, going on to win 38-10 to clinch […]