An arrest warrant charging Brian Walshe with murder was issued Tuesday in the death of his wife Ana Walshe, a Massachusetts mother of three who had been missing since the new year, Norfolk District Attorney Michael Morrissey announced.

Walshe, 47, pleaded not guilty last week to misleading investigators about his actions around the time his wife went missing. He is being held at the Norfolk County House of Corrections and will be transported to Quincy District Court to be arraigned on the murder charge on Wednesday, Morrissey said.

“Additional details in the investigation and the evidence in support of those charges are likely to be presented at arraignment but will not be disclosed at this time,” the prosecutor said.

The arrest warrant comes roughly two weeks after Ana Walshe was reported missing by her workplace, spurring investigators to launch a massive search for her whereabouts.

According to police, he told investigators he last saw his wife early January 1 when she left their Cohasset home in a rideshare or taxi to head to the airport and catch a flight to Washington, DC for her real estate job. He said he ran errands for his mother in nearby Swampscott later that day and went for ice cream with one of his children the day after.

However, prosecutors said there was no evidence that Ana Walshe hailed a ride or made it to the airport, and in a criminal affidavit, police said there was no evidence he ran errands for his mother on New Year’s Day. Prosecutors did discover surveillance video showing Brian Walshe at a Home Depot buying $450 of cleaning supplies, including mops, a bucket and tarps, in cash on January 2.

The affidavit describes Brian Walshe’s statements to police as a “clear attempt to mislead and delay investigators.” Prosecutor Lynn Beland said in court last week his statements “allowed him time to either clean up evidence (or) dispose of evidence.”

Her workplace, Tishman Speyer, reported her missing on January 4 after she failed to show up for work. According to Brian Walshe’s defense attorney Tracy Miner, he called her workplace to ask if they knew of her whereabouts prior to the workplace’s call to police. Miner also said her client “has been incredibly cooperative.”

Pamela Bardhi, who previously worked alongside Ana Walshe, said she felt rage Tuesday evening – but also relief that there were updates in the case and steps toward accountability.

“I was praying for the best but preparing for the worst,” Bardhi said. “Since day one, when I saw her missing social media posts, friends were posting, I just had this horrible gut feeling and I prayed I was wrong. I prayed that it wasn’t the case. And here we are now finding out a few hours ago there’s a murder charge.”

The murder warrant follows a string of tumultuous legal issues for Brian Walshe.

In 2021, he pleaded guilty to three federal fraud charges related to a 2018 scheme to sell fake Andy Warhol artworks online. He has been on house arrest and monitoring since then as part of his pre-sentence conditions.

Also in 2018, his father Dr. Thomas Walshe died, leading to a protracted legal battle over his estate. In court documents, those close to the family accused Brian Walshe of financial misconduct, described him as an angry and violent person and said he had been diagnosed as a sociopath.

“He had a severe falling out with his son,” Andrew Walshe, the executor of the estate, said of Dr. Walshe’s relationship with Brian. “Brian had ran off with a significant amount of his money; he had had almost zero contact with Brian R. Walshe over the last ten plus years.”

Further, Ana Walshe told police in 2014 someone threatened to “kill (her) and her friend,” according to an incident report CNN obtained from the Washington DC Metropolitan Police Department. A spokesperson for the department confirmed that Brian Walshe was the person involved in the report.

The report was filed by Ana Walshe – then Ana Knipp – when she resided in DC. The case was later closed because the victim refused to cooperate with the prosecution, the spokesperson said.

The couple’s three children, all between the ages of 2 and 6, are in the custody of the Massachusetts Department of Children and Families, a spokesperson said. 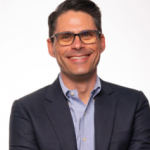 A cop put on a MAGA hat to save fellow officers on Jan. 6 – and an Oath Keeper helped

WASHINGTON — It was an oddity amid the chaos. As a rowdy pro-Trump mob tried to force their way into the Capitol on Jan. 6, […]

Russia’s war in Ukraine could go on for years and the effort requires Western support, NATO Secretary General Jens Stoltenberg said in an interview published Sunday […]