Broadway’s Tony-nominated revival of Meredith Willson’s The Music Man has added a benefit performance for August 28 at 8 PM, with proceeds going to the Entertainment Community Fund, the recently announced new name for The Actors Fund.

Tickets will go on sale for the special performance for Entertainment Community Fund members at the $500 membership level and above June 2 at 10 AM ET, with a general sale following June 3 at 10 AM ET, both at EntertainmentCommunity.org. Higher-priced options will include an invitation to a private pre-show reception.

“We can’t wait for this summer’s special performance of The Music Man—the first to be announced for the Entertainment Community Fund under our new name,” says Fund President and CEO Joseph Benincasa. “Thank you to everyone donating their time and talents to support our essential programs and services.”

The Music Man, which features a book, music, and lyrics by Meredith Willson, tells the story of what happens when con artist Harold Hill arrives in River City and falls in love with the straight-laced librarian, Marian. It first opened on Broadway December 19, 1957, at the Majestic Theatre. A 2000 revival played the Neil Simon Theatre. 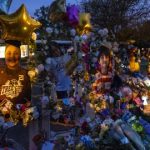 Previous Article Texas school shooting: As Uvalde funerals continue, more is learned about how those inside Robb Elementary responded to the terror 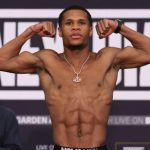 The official notification of Queen Elizabeth II‘s death, the longest reigning monarch in British history, has been made in a public statement from Buckingham Palace […]