Send Valley June 4, 2022 0 4 min read
When Barack Obama, the former US President said, “We are the first generation to feel the effect of climate change and the last generation who can do something about it.” – he underlined emphatically that climate change today is the biggest challenge facing humanity. With nine of the ten hottest years on record occurring in the last decade itself, the effects of climate change are now impossible for anyone to ignore. We need urgent action to stop greenhouse gasses from entering the atmosphere and to achieve net-zero emissions. This requires international cooperation and treaties to universally, rather than unilaterally agree to decarbonizing the industries we take for granted, such as fossil fuel and agriculture.

More than one-quarter of the global greenhouse gas emissions come from agriculture, forestry, and land-use change. Unless actively addressed immediately, emissions from this sector are likely to increase as more people populate the Earth and the need for food continues to grow. In India, the farm sector accounts for 19.6 per cent of the country’s total greenhouse gas emissions, preceded by the energy sector including electricity and heat generation (44 per cent) and manufacturing industries and construction sectors combined (18 per cent).

Agricultural emissions in India are primarily from the livestock sector (54.6 per cent) in the form of methane emissions due to enteric fermentation and the use of nitrogenous fertilizers in agricultural soils (19 per cent) which emit nitrous oxides; rice cultivation (18.5 per cent) in anaerobic conditions accounts for a major portion of agricultural emissions followed by livestock management (6.9 per cent) and stubble burning (2.1 per cent). Therefore, it becomes imperative to accelerate the deployment of low carbon solutions across any and all supply chains.

Synthetic biology (synbio) has emerged as a rapid growth industry, with the global value of synbio technologies and products projected to reach as much as $20 billion by 2024. With advancements in synthetic biology, we now have many use-cases that can be applied across agriculture.

Alt feed for animals and capturing methane emissions from manure

According to the 20th Livestock Census (2019), India has the world’s largest cattle population at 535.78 million. Livestock makes up 78 per cent of the 24 million tonnes of India’s total methane emissions, according to official data available. Fertilizing feed for animals produces nitrous oxide emissions, a GHG 300 times more powerful than carbon dioxide. When animals eat this feed and produce manure, it generates methane emissions, which are 80 times more powerful than carbon dioxide.

The act of plowing up grassland and forest to grow feed for animals also releases carbon from soil into the atmosphere. By contrast, alternative proteins produce fewer greenhouse gasses and require less land. At String Bio, we have developed a methane derived high quality protein ingredient with high levels of essential amino acids to address growing protein demand targeting feed and food sectors. It’s an excellent replacement for marine and animal-based proteins and use of this can free up land use for growing additional crops to address food security.

Agriculture accounts for close to 80% of total nitrous oxide emissions, mainly generated from the application of synthetic nitrogen fertilizers and manure added to soils or left on pastures. Reducing dependency on these synthetic fertilizers is an important area of concern and matter of debate for experts around the world. Ag-biotech startups are working on solutions to replace these synthetic fertilizers with sustainable bioproducts that will not only help curb the emissions but also support productivity for farmers. String is the first company in the world to have developed a microbial based biostimulant called CleanRise and a peptide based biostimulant called Impakt that are methane-derived, chemical-free, natural biostimulants. Methane derived biostimulants have multiple effects on plant growth including improved vegetative growth and flowering, enhanced root development, better soil health, stress tolerance and increased yield. They address the growing need for sustainable agricultural produce, increased productivity per acre and reduced GHG emissions from agriculture.

Conserving and maintaining wetland soils is essential to meet and sustain food production for future generations, as well as to conserve habitats for endangered plant and wildlife species. In Asia, wetlands have been used intensively for food production for thousands of years with rice being the dominating cereal crop. It is the world’s most important wetland food crop, and pressure to grow more rice is accelerating each year. It is the only major grain crop that is grown almost exclusively as food., In 30 years, the earth may be home to 10 billion people, and the number expected to be rice consumers (the descendants of today’s rice consumers) may equal today’s total inhabitants of the earth and feeding them will require a massive increase in global rice production.

More than 90 per cent of the world’s rice occupying 140 million hectares is produced in Asia which also means that the continent is responsible for large scale methane emissions from the crop production. Rice production contributes to around 10-13% percent of annual methane emissions and its total GHG output puts it on a par with international aviation. At String, one of our products, CleanRise has demonstrated yield increases of up to 40 per cent from recent field trials across a variety of crops. In rice, there are even more marked and significant results: CleanRise not only demonstrates a 33 per cent grain yield increase in treated crops, but a reduction in methane and nitrous oxide emissions respectively upto 60 per cent and 40 per cent against untreated crops. Methane based biostimulants provide a commercial ready solution to increase crop yield, better ROI to farmers and at the same time benefit the environment.

It’s time we look at carbon, not as our enemy but our ally as agriculture can provide more options to reduce the carbon footprint than say sectors like transport, industries and infrastructure. We need to implement and support more ag-biotech solutions that are not only sustainable but can also drastically help in the fight against climate change. 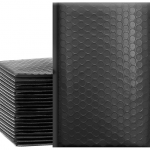 Previous Article Best Bubble Mailers for Your Business in 2022

Technology Guide: What MSSPs Should Look for Now and Next

by Netenrich • Jul 18, 2022 MSSPs have their work cut out for them. Demand is up. Infrastructures are increasingly complex, and cyberattacks are growing […]

Mendix, a Siemens business and global leader in modern enterprise application development, announced the results of its “2022 State of Low-Code in Key Verticals” survey, […]

If you’re curious about the field of Aerospace engineering, you might be wondering what is involved in designing and manufacturing Spacecraft. But before you get […]