Celtics’ Jayson Tatum disappointed Lakers didn’t draft him in 2017: ‘I was so close to a dream come true’

The 2022 NBA playoffs have been torture for the Los Angeles Lakers. They entered the season as the favorites to win the Western Conference, but didn’t even reach the postseason. Now they have to watch their eternal rivals, the Boston Celtics, play for their 18th championship — which would break a tie at 17 that the Lakers earned just two years ago.

Adding insult to injury? The player leading Boston to such success, Jayson Tatum, wanted to be a Laker. The new face of the Celtics is a life-long fan of Kobe Bryant. He’s worn Bryant’s uniform for an NBA 75th anniversary shoot. He wore a purple and gold armband in Game 7 of the Eastern Conference finals featuring Bryant’s number (24). And in an interview with ESPN’s Ramona Shelburne and Elizabeth Merrill, Tatum finally opened up about the draft process that got him to Boston.

The Celtics originally held the No. 1 pick in the 2017 NBA Draft. They traded down to No. 3. Picking at No. 2? The Lakers, who didn’t even grant Tatum a workout.

“The Lakers were my favorite team, and Kobe was my favorite player,” Tatum said. “So it was crazy that the Lakers had the second pick and I was so close to a dream come true. But it was just like they didn’t want anything to do with me at the time.”

The Lakers ultimately selected Lonzo Ball, who lasted just two seasons in Los Angeles. In that sense, Tatum is lucky the Lakers didn’t pick him. They very well could have traded him to the New Orleans Pelicans for Anthony Davis if they had. That’s what they did with Brandon Ingram, the No. 2 pick in the 2016 NBA Draft who plays Tatum’s position (small forward) and went to the same college (Duke).

Landing in Boston was clearly the best outcome for Tatum’s career. He got to compete for championships right away, coming a game short of the NBA Finals in his rookie season before coming close again in the Orlando bubble in 2020 — when the Lakers won the championship. Now as a fifth-year veteran, Tatum is in great position to win his first title, and it likely won’t be his last. Who knows where his career might have gone if he’d been a Laker, but it’s hard to imagine it being much better than this. 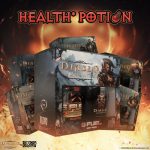 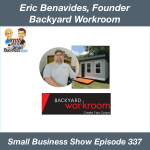 Remember when it seemed like most of the teams in the NBA were trying to clear cap space, obsessed with the idea of recruiting a […]