China health officials have detected the first human case of the H3N8 bird flu, according to the country’s National Health and Wellness Commission. No other human cases of the flu have been detected.

On April 5, a 4-year-old boy from Henan Province who had chickens and ducks in and around his home developed a fever and other symptoms. He was admitted to a local medical facility ten days later, the health commission said. The Chinese Centers for Disease Control and Prevention conducted a test on the boy on April 24, and it came back positive for the H3N8 bird flu virus.

Health officials later tested close contacts of the infected child and no other cases were found.

The strain does not yet have the ability to effectively infect humans and poses a low risk for a large-scale epidemic, according to a preliminary assessment by Chinese health officials. However, the health commission instructed Henan Province officials to implement prevention and control programs in response to the case.

China is among 135 countries affected by the type A influenza pathogen, according to the U.S. Centers for Disease Control and Prevention. In the United States alone, more than 33 million cases of the bird flu have been detected so far this year. The outbreak among poultry in the U.S. is the largest since 2015, according to the Associated Press.

Birds can catch the highly pathogenic illness when they come into contact with the “saliva, nasal secretions or feces” of an infected bird, the CDC says. Since the latest outbreak, farms have had to kill millions of poultry to limit the disease’s spread.

Experts say although the H3N8 virus originates from birds, cases have been detected across an array of species throughout the world.

Human cases of the avian flu are rare, but they are possible when enough viral components get into the eyes, nose or mouth. Direct or indirect exposure to infected live or dead poultry, like at live bird markets, pose as the primary risks for human infections, according to the World Health Organization. Once a person is infected, symptoms range from conjunctivitis, fever, diarrhea and vomiting to severe respiratory illness and neurological changes.

Health officials have urged the public to avoid contact with sick and dead birds, and say it is still safe to eat properly handled poultry cooked to an internal temperature of 165 degrees Fahrenheit.

Tori B. Powell is a breaking news reporter at CBS News. Reach her at tori.powell@viacomcbs.com 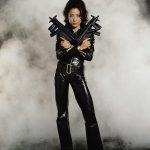 Next Article “My kind of crazy”: Costume designer Shirley Kurata on how “Everything Everywhere” found its look

GRANTSVILLE, W.Va. – State Representatives got together to tour the Minnie Hamilton Health System on Tuesday, with plans to renovate and expand the facility. The […]

Data center strategies are increasingly essential for health IT

At a time when healthcare is increasingly dependent on digital technologies that enable and inform our providers, clinicians and care delivery systems, the invisible infrastructure […]

Members of the Columbus Safety Collective want the city of Columbus implement an alternative emergency response program, one that does not involve police in a crisis response. […]