Chrishell Stause and G Flip have taken their relationship to the next level: Showtime.

As the couple played themselves in a cameo on this weekend’s season 3 finale of The L Word: Generation Q, they celebrated the episode at a watch party Sunday night with cast, fans and fellow special guest star, pop breakout Fletcher.

“Thank you @sho_thelword @showtime for letting us play! Gigi for next season of #SellingSunset,” Stause, 41, joked in the caption of a realtor character (portrayed by Sepideh Moafi), whom she mentions in the scene.

RELATED: Chrishell Stause Reveals She Wore a Disguise to Go Undetected in the Crowd at Partner G Flip’s Concert

She and G Flip, 28, posed for photos at the event with Fletcher, 28, as well as season 3 star and scene partner Paula Andrea Placido.

G Flip, who is non-binary and uses they/them pronouns, also shared a video from the watch party of the couple and the crowd reacting to their scene. “Babies on TV,” they wrote with the clip.

In one behind-the-scenes throwback photo, the couple sat outside their adjoining trailer. They posed with star Jacqueline Toboni in another.

Stause’s Selling Sunset costar and fellow Oppenheim Group realtor Emma Hernan raved in the comments section: “Omg THIS IS SO COOL!!!! You guys are my favs #couplegoals”

The celebrity real estate agent and actress revealed she was dating the Australian musician last May during the Netflix reality show’s season 5 reunion episode, after appearing in their music video for “GET ME OUTTA HERE.”

G Flip shared their love story on the PEOPLE Every Day podcast shortly after. “We met last year at Halloween,” they recalled.

Never miss a story — sign up for PEOPLE’s free daily newsletter to stay up-to-date on the best of what PEOPLE has to offer, from juicy celebrity news to compelling human interest stories.

“We were both with our ex-partners then … And then, we obviously separated from our partners, and we just started talking and stuff,” G Flip continued. “We just found a lot of similarities, even though people would think we are from like different corners of the world. We find ourselves so similar sometimes.” 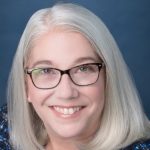 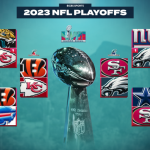 click to enlarge Pittsburgh City Paper called up comedian, writer, and actor Joe Pera, whose Spring in the Midwest and Rust […]

Elsewhere in entertainment, events and the arts this weekend: ART: Large-format photos “Cig Harvey: From Red to Violet,” large-format color photography by Harvey, is up through […]