DENVER — The Colorado Avalanche walloped the Tampa Bay Lightning 7-0 in Game 2 of the Stanley Cup Final on Saturday to take a commanding 2-0 series lead over the two-time defending Cup champions.

It was a performance so good that even Avalanche coach Jared Bednar had no real notes on how to improve.

“It was certainly as close to perfect of a game as you can get from your players,” Bednar said. “Coming out of Game 1 we were dangerous offensively, but I thought there was another step for our group. We evaluated that, we showed them some things and they did a nice job. And on the defensive side we were way better tonight. It wasn’t even close. I thought we made some big mistakes that led to goals against in Game 1. We got better in those areas, amongst others.”

It’s no small feat to ring up seven goals on an all-world netminder like Andrei Vasilevskiy either. But Colorado had his number from the get-go.

Valeri Nichushkin had the Avalanche rolling early in the first period with a power-play goal, and then Josh Manson followed up with a one-timer past Vasilevskiy off the rush. Andre Burakovsky had Colorado leading 3-0 after the opening 20 minutes. Shot attempts favored Colorado 24-10.

In the second, it was Nichushkin again extending Colorado’s lead, followed by a terrific individual effort by Darren Helm to make it 5-0.

Less than three minutes into the third period Cale Makar added a shorthanded goal to the rout. He added another on the power play to make it 7-0, becoming just the fourth player in NHL history to score shorthanded and on the man advantage in a Cup Final game. The others were Gordie Howe, Glen Wesley and Trevor Linden.

That sort of output would be impressive against any goalie, let alone a Vezina Trophy winner such as Vasilevskiy. Bednar tried to keep the accomplishment in perspective with Colorado’s overall game.

“The number of goals, I don’t get too excited [about]. I just think it’s about the way we played,” he said. “Some days we shoot better than others and we play like we did tonight, and we don’t get seven. Things have to go right. He’s such a good goalie you have to put volume on him. Tonight we shot really well, we created a lot of chances and our guys buried the chances that we got. Guys were feeling it tonight.”

And how. Colorado has consistently preached the importance of not allowing Tampa Bay’s pedigree to affect its approach. In Game 2, the Avalanche won all the battles, were better on special teams (2-for-4 with the extra man, compared with the Lightning’s 0-for-3) and got a strong performance from goaltender Darcy Kuemper in a 16-save shutout.

That was the fewest shots Tampa Bay has generated in a playoff game this year. Not altogether surprising, considering how little possession time — around 28% — the Lightning were able to grab against Colorado’s suffocating attack for which they had no answers.

“[We are] hungry on the defensive side of things, trying to win as many races as we can, as many battles as we can, getting above pucks and making it difficult,” Bednar said. “It’s part of our identity and who we are. Our guys have been doing it all year and they’re continuing to do it. Tonight, they did it better than we usually do.”

As good as Game 2 was, Colorado is mindful it was just one win.

“I feel like we played to our identity to a ‘T’ tonight,” Makar said. “Obviously, we had some good goals. But at the end of the day, we know next game they’re going to bring their best. It’s always the next game that’s the hardest. It was a little bit of a weird one tonight. We’re getting opportunities but guys were able to able to capitalize, so that’s a good part.”

The Avalanche did suffer one setback Saturday, when Burakovsky left the game midway through with an injury. Bednar had no update on his status afterward, saying he still needed to be evaluated. Burakovsky recently missed time in the Western Conference final with a leg ailment but had been an important piece since returning, even scoring the overtime winner in Game 1.

Fortunately for Colorado, it isn’t lacking for depth. And the Avalanche will need everyone on board as the series shifts to Tampa. The Lightning trailed their Eastern Conference final series against New York 2-0 as well, then went home to win a pair and ultimately topped the Rangers in four straight to reach a third consecutive Cup Final.

Everyone knows it isn’t over until it’s over. Bednar said he is confident his team won’t be getting ahead of itself.

“It should be easy for us [going to Tampa],” he said. “We don’t pay attention to the noise outside of our locker room and we don’t pay attention to it when [things being said] are good. Our team just seems to be really focused, dialed in and they’re hungry and they want to win, so they’re playing as hard as they possibly can to reach that [goal].” 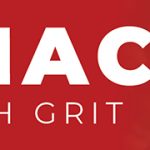 CNN  —  A Colorado train passenger helped lead to the rescue of a missing, injured hiker after she spotted her through a train window. The […]

Twitter aims its most powerful weapon at Elon Musk: his own tweets

So it was a troll after all. Look, I was willing to believe I’d called it wrong after the merger agreement went through. Maybe Elon […]