It was stressful enough for Fionn Kellas to suddenly lose their retail job. But getting the news via WhatsApp message rather than in-person made it worse.

“It was an absolute shock to me,” said Kellas, recalling the hurt of being dismissed in a way that felt so abrupt and cold.

Months later, the memory of being laid off from a Toronto-area candy store is still painful for Kellas.

Using technology to deliver this kind of bad news — whether via email, video call or similar tools — is an approach some organizations embraced during the pandemic, but employees and experts say it fails to factor in the people on the receiving end of job losses.

“I think it’s another example of us really not getting our heads wrapped around the best use of technology,” said Paula Allen, a senior vice-president of research and total well-being at human resources firm LifeWorks.

Simon Balmain tells Reuters how he found out he was losing his job at Twitter — news that was conveyed via email.

Logging on for layoffs

Thousands of employees at tech companies Meta and Twitter recently learned of confirmation of their layoffs in emails.

This was months after hundreds of U.K. ferry workers were fired via Zoom call. Workers at online car retailer Carvana learned of large job cuts in a similar manner in the spring.

While such mass terminations at large firms have made headlines, it’s not just big business using these tools to part ways with staff.

For Kellas, the jarring WhatsApp-delivered news of employment loss came from the small store’s manager.

“I’ve moved on from it, but it still is kind of a ‘What the F?’ kind of situation,” said Kellas, who noted the manager could have made the moment a little less harsh by calling instead.

But a phone call may not be that welcome in all cases either.

Kelsee Douglas learned she was losing her job at a Saskatchewan hearing clinic halfway through her workday last winter.

First came an electronic message notifying her of a surprise meeting. Then came the phone meeting, during which she was told her employment was coming to an end — immediately.

“I was really, really shocked,” said Douglas, who had been in the job for two and a half years.

Allen, the HR firm leader, said it’s key that organizations provide employees with support — such as counselling and career coaching — as they adjust to their new reality.

She cautioned that employers may not know the full set of personal circumstances people are facing at the time of a layoff or termination notice — nor do they know how hard employees will take the news.

“A lot of people are dealing with many issues and coming into the office every single day and this is the one straw that makes it very difficult for them to see their next step.”

Sixteen years ago, consumer electronics retailer RadioShack notified 400 employees they were losing their jobs via email.

Back then, prominent labour leader Bruce Raynor called it an “outrageous way to treat human beings.”

But it’s seemingly become more common, especially during the pandemic.

WATCH | How it feels to lose a job you love virtually:

Joanne Gallop was let go from Canopy Growth through a mass layoff of 200 employees — via the video chat platform Zoom. Illustrations by Chelle Lorenzen.

Cannabis company Canopy Growth used a Zoom announcement to lay off 200 employees back in 2020.

Just last year, 900 people at Better.com learned they were being let go during a much-criticized Zoom call.

And 700 people at Swedish payment company Klarna were told about cuts in a recorded message in May, after which employees reportedly had to wait for an email to find out if they were affected.

She said the use of these methods seems to have expanded during the pandemic. As a greater number of people began to use these tools to work remotely, that same technology was being used to let some of them go.

“Companies with employees spread out across the world don’t have the option to gather everyone in one room or meet with them face-to-face in an office the way it may previously have been done,” said Boyer, who has helped advise firms on layoffs in the past.

“That has given rise to the increased use of technology in carrying out reductions in force,” she said in an email.

“I think the practice has good and bad sides,” Martha Maznevski, a professor of organizational behaviour at Western University in London, Ont., told CBC News via email.

Maznevski said the process is “completely dispassionate and cold” and leaves little goodwill among departing employees. But it may also be an efficient way to share key information, particularly in organizations that are spread out geographically.

Nadia Zaman, an employment lawyer with Rudner Law in Markham, Ont., said “employers should be cautious in carrying out dismissals via video or other similar methods.”

Aspects of these tools, she noted, may allow an employer to have discussions in a private and confidential manner.

In the long-term, Allen doesn’t expect these practices to go away — people will continue to be hired remotely and let go in the same way in some cases.

No matter what the circumstances, she said consideration of the person should be at the centre of the process.

“I think it’s the how it’s done that needs a little bit more care.” 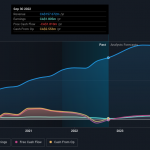 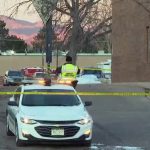 Rohit Garg has joined EY’s UK partnership, as its financial services cloud team leader. He joins as EY looks to double the size of its […]

In the hit shonen series Bleach, a dazzling variety of weapons, items and kido spells help round out the combat system, and that’s especially true […]

The Ames Community School District is excited to announce Dan Rader as the new Director of Technology. He is currently the Technology Coordinator for Roland-Story […]