When we are first introduced to Saul Tenser (Viggo Mortensen) in Crimes of the Future, he’s laid up in a bed that looks like a fleshy, rotting orchid, in extreme discomfort. He’s informed that a new hormone has entered his system, a biological measurement of the internal change that he’s experiencing. In our very first moments with the main character of this film, we are already getting the groundwork for the trans allegory that underlines the entirety of David Cronenberg’s latest film.

Transgender, nonbinary, and otherwise queer people have long identified with horror as a means of expressing transgressive, taboo, and otherwise unacceptable behaviors and fantasies. The mere act of existing as a trans person is coming under intense scrutiny, both politically and medically, and the laws passing through various states are dehumanizing. Is it any wonder that so many of us identify with monsters? Is it any wonder that trans people are reflected in these stories so obviously?

In Crimes of the Future, the bodies of people like Tenser, who are moving beyond human, who experience “accelerated evolution syndrome,” are heavily policed and regulated. There are myriad complex political agencies who are deeply concerned with Tenser’s body—New Vice and the National Organ Registry chief among them. While Tenser isn’t trangender, he is considered transhuman—quickly evolving beyond contemporary definitions and constraints. He considers his condition a “rebellion” of the body, an anarchy of biology, a revolution that he feels deep inside.

All this is very similar to many transgender experiences. The bureaucratic hoops people have to jump through to change their names, their gender, and how society sees them mirror Tenser’s voluntary declaration of extra-evolutionary organs to the NOR, and the seemingly impossible-to-understand red tape that comes from that. He’s asked to take “consultations” for medical problems, or asked “just how radical are you?” when faced with a horrific post-mortem opportunity. A performance artist who invites people to watch as he surgically removes naturally emergent organs, Tenser is a subject of both attraction and disgust as people flock to his underground exhibitions, at the same time that his body comes under more and more scrutiny by the political powers at the edges of narrative.

There are obvious parallels to the reaction to Tenser’s transhuman performances and the ways queer people are seen when they exist publicly in our own society. Drag shows, queer balls, coming out parties, Pride, how many of these moments of joyful expression are considered both disgusting by members of the public but intensely attractive to the in crowd that participates? But the key to exploring the transgender experience through the transhuman portrayal in Crimes of the Future comes from the way that Tenser reacts to these vestigial organs that are spontaneously produced by his body. They hurt him, they make it difficult for him to live, but they are also the source of his art and his sense of being. In order to survive, he must have these organs surgically removed, and he chooses to do so through a voyeuristic exhibition of his surgery. Any trans person who has medically transitioned, or even considered medically transitioning in any way, will often describe their surgeries as necessary procedures, because they are. Affirming and progressive gender-corrective surgeries benefit trans people in myriad, individual ways, including benefits to their mental, social, emotional, and bodily health. Tenser’s view of his own surgeries as a transhuman subject are not so different.

“The body is reality,” Caprice, Tenser’s partner and surgeon, played by Léa Seydoux, tells him at one point. This phrase struck me hard, because for so many trans people, there is an obsessive collection of realities that exist within the body. If your body says you are one thing and your mind another, what’s the truth? In the film, bodies are also described as outer space, as expansive and unknowable, as intrinsically empty of meaning until we fill it up with meaning ourselves. It is up to us to understand our bodies’ place, permanence, and performance.

When Timlin (Kristin Stewart) makes a pass at him, he retreats. He’s not good at the “old sex.” The kind of sex that a body has with another body. Instead, he finds release through “new sex,” he explains, the kind of euphoric realization of a new body that comes out of surgery. Besides the sexualization of surgical procedures (which is fascinating, but not necessarily something I want to relate to trans people at large, or the generalized trans experience) there is the appearance of a sex organ made by surgery as part of this, which is often part of the trans experience. The details are a little gory, so I’ll spare you, but my eyes about popped out of my head when Caprice tells Tenser that his newest procedure “might have its uses.”

There’s also the aspect of control that runs throughout Crimes of the Future’s transhumanism. Tenser is intimately tied to the desire to control his body—what happens to it, who touches it, and what comes out of it. Through the film he describes what happens to him as traumatic, and that he enjoys that trauma. He also says that he wants to be open he has this desire to not only become a different body, but to show it off. To be obvious and explicit about what he’s doing, to perform within his new body is a feeling that a lot of trans people often want too, the freedom to be obvious about their bodies and their gender performance.

At the end of the film, there’s a question of will. Has Tenser been willing these body parts to emerge? Has he found an emergent way to become transhuman? Or is this just the next step of human biology, the inevitable path of a human body simply saying “yes, it’s time to change”? Within this we can read a transgender fantasy: if we want to change, if we know that this change is necessary, if we are in an incomplete body, it will just fix itself. We will wake up one morning and our trans bodies will be transformed into what it was supposed to be, into a more perfect trans-human.

Crimes of the Future is in theaters now.

Want more io9 news? Check out when to expect the latest Marvel and Star Wars releases, what’s next for the DC Universe on film and TV, and everything you need to know about House of the Dragon and Lord of the Rings: The Rings of Power. 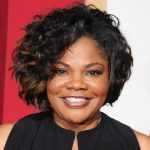 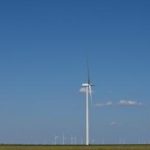 Sen. Steve Hershey will become the top Republican in the state Senate. (The Daily Record/File Photo) A smaller Republican Senate caucus will have a new […]

Politicians ‘should be ashamed’ of gun inaction

Mike Krzyzewski isn’t running for political office, but he wishes the people who hold positions of power would act differently.  The retired Duke basketball coach, […]

‘I choose hope.’ Warnock’s memoir documents his path to politics