David Trimble faced bitter opposition from across the political spectrum during his life but his funeral has united British, Irish and Northern Irish leaders in paying tribute to his accomplishments and sacrifice.

The service in Lisburn on Monday brought together the British prime minister, Boris Johnson, and other political representatives from London, Dublin and Belfast to bid farewell to Northern Ireland’s inaugural first minister.

It was a rare gathering and show of solidarity – and a truce in current political tensions – to honour Lord Trimble, an architect of the 1998 Good Friday agreement and a former Ulster Unionist party (UUP) leader, who died last week at the age of 77.

Trimble shared the 1998 Nobel peace prize with John Hume, the then leader of the Social Democratic and Labour party (SDLP), but he was labelled a traitor by many fellow unionists and faced death threats.

Ireland’s tricolour flew at half-mast over the Irish parliament in Dublin as a mark of respect for his role in ending the Troubles while striving to safeguard Northern Ireland’s place in the UK.

The former British prime minister Tony Blair said Trimble had shown immense courage in leading unionists, despite deep misgivings, into a new era. “It is what defines leadership in the end,” he told the BBC.

Mourners heard personal stories of Trimble’s boyhood at Bangor grammar school in the 1960s, his career as a law professor at Queen’s University in Belfast and how he overcame shyness to become a transformational leader of the UUP from 1995 to 2005.

The Rev Fiona Forbes said people had come to remember an academic, a Nobel laureate, a husband, a father and a grandfather. “Blessed are the peacemakers, for they will be called sons of God,” she said.

Charles McMullen, a former moderator of the Presbyterian Church in Ireland, told mourners: “Provenance shone its light on him.” The reward was a transformed political landscape that had allowed a generation to grow up in relative peace, he said.

“History will be exceedingly kind to David, even if life brought many unrelenting pressures and demands. Alongside others, he rose to seemingly impossible challenges with considerable strength of character, intellectual acumen and complete integrity,” said McMullen.

The gathering of Michelle O’Neill, Sinn Féin’s first minister designate, Jeffrey Donaldson of the Democratic Unionist party (DUP), Doug Beattie of the UUP, Alliance’s Stephen Farry and Colum Eastwood of the SDLP was likely to be a brief respite in post-Brexit disputes that have poisoned Northern Irish politics and paralysed power-sharing institutions at Stormont.

The former US president Bill Clinton said last week that Trimble’s legacy would endure “in all who are living better lives because of him today”.

Commentators said it felt like the end of an era after the deaths over the past decade of Martin McGuinness, Ian Paisley, Seamus Mallon and Hume – other key figures in consolidating the Good Friday agreement.

Trimble is survived by his widow, Daphne, and their two daughters and two sons. 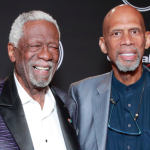 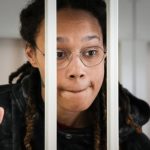 DERBY — It’s disappointing to see the blatant politicization of just about every issue by the Derby Democrats. Based on recent letters sent to the Editor you […]

The state flag of California flies on a flag pole in San Diego. REUTERS/Mike Blake When UC-Berkeley’s Institute of Governmental Studies conducted one of its periodic […]

Sen. Mike Lee, R-Utah, said the FBI could face “potential restructuring” in order to drive out politics within the organization.  “Most FBI agents are still […]