Death toll at 40 in Russian attack on apartments

Ukraine authorities began “criminal proceedings” Monday against Russian soldiers blamed for the missile strike that devastated a nine-story apartment building in Ukraine and killed at least 40 people, one of Moscow’s deadliest attacks on civilians away from battle areas.

At least 25 people remained missing from Saturday’s assault in the central Ukraine city of Dnipro, and rescue teams continued picking through the rubble in hopes of finding survivors, the Ukraine Security Service said. At least 75 were injured, 14 of them children, in a building that was home to about 1,700 people.

“The Security Service of Ukraine is making every effort to ensure that each of those involved in the terrorist attack on civilians of Ukraine receives a well-deserved punishment,” the security service said in a statement.

The European Union’s foreign policy chief, Josep Borrell, called the attack on civilians “inhumane aggression” and added, “There will be no impunity for these crimes.”

The United Nations said Monday it has confirmed the deaths of about 7,000 Ukrainian civilians in the war, including nearly 400 children, while acknowledging the actual figure is much higher.

►The German and Dutch foreign ministers condemned the deportation by Russians of thousands of Ukrainian children, calling it a deliberate policy of cruel and inhumane abductions that is tearing apart families. They demanded that Russia “account for the whereabouts of these children.”

►Two alleged Russian agents were detained by Ukrainian counterintelligence officials in Kherson and Odesa. According to investigators, the detainees revealed the secret bases of Ukraine forces in Kherson to the Russians during the occupation of the city.

►The Russian and Belarusian air forces began two weeks of joint exercises Monday in Belarus, which borders Ukraine and served as a staging ground for Russia’s Feb. 24 invasion.

Ukraine soldiers arrive in US for Patriot air defense training

Soldiers from the Armed Forces of Ukraine have arrived at Fort Sill, Oklahoma, to begin Patriot air defense training, the Pentagon said. The same instructors who teach U.S., allied and partner nations will conduct the training, “and these classes will not detract from the ongoing training missions,” the Pentagon statement said. The training is expected to take several months.

Last week the Pentagon announced that about 100 Ukrainians would be trained in the Patriot missile defense system to help counter Russia’s attacks against Ukraine’s civilian population and infrastructure. Ukraine President Volodymyr Zelenskyy lobbied for months for the system, saying it would make a significant difference in bolstering the country’s defenses. The U.S. pledged one Patriot battery in December as part of one of several large military assistance packages, and last week Germany pledged another one. The truck-mounted launching systems can hold up to four missile interceptors, a ground radar, a control station and a generator.

Rather than risk the public backlash that would surely come with a second “partial mobilization,” the Kremlin is considering expanding the age of eligibility for conscription, the British Defense Ministry said.

Be extending the upper age for regular draft eligibility from 27 to 30, Russia could meet its stated goal of growing its military forces by 30%, according to former Deputy Defense Minister Andrey Kartapolov, who floated the idea last week.

The defense ministry said President Vladimir Putin expressed support for the plan last year, adding that “Russian leaders hope a change of age criteria for routine conscription could bolster personnel available to fight in Ukraine, while appear less alarming to the population” than another mobilization.

Rinat Akhmetov, owner of one of Ukraine’s most successful soccer teams, pledged $25 million to help families of soldiers who defended Mariupol before the city fell to the Russian military in the spring. Akhmetov announced the donation one day after the team, Shakhtar Donetsk, completed a deal worth up to $108 million to sell winger Mykhailo Mudryk to Chelsea in the British Premier League. Shakhtar said the money pledged by Akhmetov did not come from the soccer transfer. Akhmetov says the donation will fund medical and psychological support for soldiers and their families.

The team hails from the Donetsk province, home to Mariupol and site of some of the fiercest fighting in the war. Shakhtar Donetsk, in second place in Ukraine’s 16-team league, has temporarily moved to the western city of Lviv.

Kremlin preparing for push in Ukraine

The Kremlin appears to be preparing to conduct a decisive strategic action in the next six months intended to regain the initiative and end Ukraine’s string of operational successes, a Washington-based think tank warns. The Institute for the Study of War says in its most recent assessment that while Russian President Vladimir Putin has not changed his objectives for the war, “there is emerging evidence that he is changing fundamental aspects of Russia’s approach to the war.” Russia is forming new divisions, attempting to reinvigorate its defense industrial base and attempting to correct command-structure deficiencies, the assessment says.

“The Kremlin retains its maximalist goals to seize all of Ukraine, despite its poor conduct of the war to date,” the assessment says.

Germany’s embattled Defense Minister Christine Lambrecht resigned Monday after spending most of her year on the job embroiled in controversy, starting with questions about her qualifications for the post. She drew criticism for the German government’s hesitation to send weapons to Ukraine even before the war began. While the U.S. and other nations provided weapons in preparation for Russia’s invasion last February, Germany offered to supply 5,000 military helmets. Most recently she was condemned for a New Year’s Eve message she posted on social media in which she discussed the war in Ukraine with the sound of fireworks in the background.

Chancellor Olaf Scholz is expected to name her replacement Tuesday. 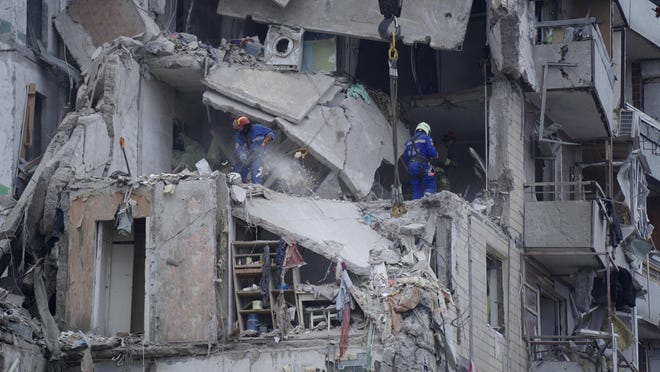 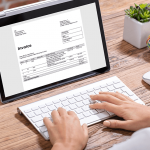 Next Article Best Invoicing Software for Small Businesses in 2023

Imran Khan blames Pakistan establishment for plot to assassinate him

ASHBURN, Va. — The Washington Commanders haven’t ruled out running back Brian Robinson’s return this season after the rookie was shot twice in his lower […]