For a minute, it looked like Deebo Samuel was going to be the latest NFL superstar to be involved in a blockbuster trade this offseason. The 49ers All-Pro receiver previously requested a trade out of San Francisco reportedly due to his desire for a new contract along with some displeasure surrounding his role within the offense. While he skipped out of the team’s OTA sessions, he was present for mandatory minicamp, which did appear to be a positive sign that there could be a mending of fences between the two sides. However, as ESPN reports, Samuel has not officially rescinded his trade request.

The 49ers brass has been unwilling to grant Samuel’s request for a trade and has held firm in their stance that they will not move him. That message has seemingly come across to various other front offices around the NFL as this latest ESPN reports also notes that there is not a lot of league-wide chatter about a potential trade at the moment.

“Well, we haven’t traded him, and — I’ve used the word fool — I’d be a fool to trade him,” 49ers GM John Lynch said earlier this month. “So yes, Deebo will be part of the 49ers this season.”

Given that stance, other NFL clubs may deem engaging the 49ers in trade talks surrounding Samuel as wasted breath, which is why there hasn’t been much talk about this possible mega trade.

Samuel is entering the final year of his rookie contract and would be an unrestricted free agent next offseason if San Francisco decides against placing the franchise tag on him. If he hits the open market, he could rival other elite receivers for one of the most lucrative contracts in the NFL.

Samuel’s draft classmate and fellow second-round pick A.J. Brown also dealt with a contract dispute with the Tennessee Titans this offseason before being traded to the Philadelphia Eagles, who turned around and gave him a four-year, $100 million contract with $57 million guaranteed. Spotrac’s market value calculator projects that Samuel could fetch a contract that pays him just under $25 million per season.

The 26-year-old is coming off a breakout season in 2021 where he led the NFL with 18.2 yards per reception and had 1,770 total yards from scrimmage. Last year, head coach Kyle Shanahan elected to deploy Samuel out of the backfield along with his prowess as a receiver and he shined in that role, totaling 365 yards and eight touchdowns on 59 carries. 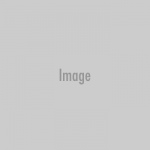 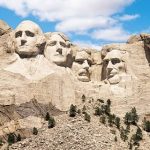 USATSI Not even two games into the series, things are already getting chippy between the Golden State Warriors and Memphis Grizzlies. Less than three minutes […]

2022 NBA Summer League Schedule: Live stream, TV channel, how to watch every game for every team

Getty Images The 2022 NBA Draft is in the books, and free agency has slowed after a rapid start. Now, the next big item on […]

Getty Images The NBA Draft is always a hotbed for trades, but 2022 was especially frenetic. There were plenty of deals made by contending teams […]

Nine months ago, Teofimo Lopez experienced a shocking fall from the top of the boxing mountain after an upset loss to George Kambosos Jr. On […]