The demise of a potential Rays spring training complex in Pasco County is no ordinary tale.

It involves politics and behind-the-scenes maneuvering. It became nominally tied to a tragedy and is now inextricably linked to a national debate. It’s about money, power and perception.

You could argue, however, it’s mostly about the ambition of one man.

To set the stage, Florida Gov. Ron DeSantis vetoed a $35 million budget item for a youth sports/spring training complex for the Rays in Pasco County. By itself, this should not have been a big deal. Certainly not enough to get The Washington Post, CNN and Fox News interested.

DeSantis has made no secret that he is not a supporter of public money going toward the construction of major-league sports facilities. You can agree or disagree with his philosophy, but he has been very consistent on the topic and has plenty of economic impact studies to support his views.

“I don’t support giving taxpayer dollars to professional sports stadiums, period,” DeSantis said at a news conference Friday. “So, at the end of the day, that was just a decision that was going to be made.”

And that should have been the end of the story.

Except the governor took the opportunity to swipe at the “political activism” of private corporations, giving a wink-wink, nudge-nudge hint that maybe the Rays brought this on themselves.

You see, a week ago, the Rays issued a statement to lament the tragedies of Buffalo and Uvalde. The statement did not criticize elected officials, political parties, gun manufacturers or the Second Amendment. Nor did it push for specific legislation. Instead, it suggested the amount of gun violence in this country was unacceptable and needed to be addressed somehow.

The closest the team got to actual “political activism” was donating $50,000 to a nonprofit that advocates for gun control.

And if that’s what the governor considers political activism, then he might want to check the list of corporations that have donated millions to his re-election campaign, because it’s the exact same thing.

Yet by opening the door to the possibility that the Rays were facing retribution for taking a stance — if grieving for a classroom filled with dead children is considered controversial — you could argue the governor is the one who is interjecting politics into state business.

Is that really how $35 million decisions should be made in Florida?

By suggesting the Rays were at fault for this doomed project, DeSantis is also suggesting he is allowing his personal feelings dictate whether Pasco County gets a transformative economic boost.

I think the spring facility was doomed from the start, as were a lot of other items in the state budget. Everything DeSantis does is with an eye toward how it will play to the conservative base around the nation, and he was thrilled to get a budget that allowed him to announce $3.1 billion in vetoes. That’s a surefire talking point in future stump speeches and campaign debates.

Columnist John Romano will send the latest Rays insights and analysis to keep you updated weekly during the season.

You’re all signed up!

Want more of our free, weekly newsletters in your inbox? Let’s get started.

Explore all your options

Florida’s Republican-controlled Legislature has ceded all kinds of power to DeSantis in recent years — including the responsibility for redrawing congressional maps — and this week lawmakers bent over and took another whack on the rear when their local projects got vaporized to pad the governor’s resume.

This could have been a pivotal moment for growth around here with two of the Legislature’s most powerful members — Senate President Wilton Simpson and House Speaker Chris Sprowls — calling Tampa Bay home. Instead, major projects at USF and Moffitt Cancer Center, and proposed new roads were lost.

And least of all, the proposed Rays spring training complex.

This was almost entirely a Simpson design, originating first as a workout-only complex during the Montreal/Ybor City plan and then becoming a larger stadium-sized project when Major League Baseball killed the Rays’ sister-city concept. It would have been a signature site in a growing area of the county.

Instead, it was wiped out in a matter of seconds by the governor’s pen.

I’m not here to criticize that decision. There are valid reasons to tell franchises to come up with their own construction costs, and as I said earlier, DeSantis has been consistent on that point.

The complaint is with the attempt to score political points by portraying the team as a liberal pariah that got its comeuppance from the governor’s office.

That’s neither accurate nor admirable.

Sign up for the Rays Report weekly newsletter to get fresh perspectives on the Tampa Bay Rays and the rest of the majors from sports columnist John Romano.

Never miss out on the latest with the Bucs, Rays, Lightning, Florida college sports and more. Follow our Tampa Bay Times sports team on Twitter and Facebook. 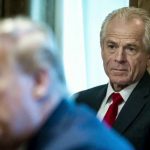 UNTIL SHE STARTED a PAC to elect candidates to Congress, Dr. Anahita Dua had little exposure to the world of politics.   Dua is a vascular […]

Denby Fawcett: Hawaii Political Campaigns Have Lost All The Fun And Excitement

Political campaigns are remote these days. Not face to face. Our contact with candidates is confined mostly to viewing their electronic faces in TV ads […]

Photo: Valdosta State University’s Dr. Bernard Tamas has researched third parties in United States politics for well over a decade. His 2018 book, The Demise and […]

The pandemic in Russia and the bankruptcy of national-chauvinist politics

The pandemic continues to exact a terrible toll in Russia. Since the invasion of Ukraine, efforts to contain the spread of COVID-19 have been abandoned. […]