The Detroit Pistons acquired veteran guard Kemba Walker from the New York Knicks as part of a three-team trade involving the Charlotte Hornets that also saw the Pistons acquire the draft rights to Jalen Duren on Thursday night.

Walker and the Pistons are expected to discuss a contract buyout that will allow him to become a free agent, sources told Wojnarowski.

The Knicks traded a 2023 Denver Nuggets conditional first-round pick that they received from the Oklahoma City Thunder earlier on Thursday, plus four second-round picks, to the Hornets for the rights to Duren, the Memphis center who was picked No. 13 by Charlotte. New York then traded Duren and Walker to the Pistons for a 2025 conditional Milwaukee Bucks first-round pick.

The 32-year-old Walker is on an expiring $9.2 million salary for this upcoming season, according to ESPN’s Bobby Marks. The likelihood is Walker will go into the trade exception created once the Pistons finalize dealing forward Jerami Grant to the Portland Trail Blazers, Marks reported.

In February, the Knicks and Walker agreed that the four-time All-Star would be sidelined for the remainder of the season to allow him to work out in preparation for 2022-23. Knicks coach Tom Thibodeau dropped Walker from the Knicks’ playing rotation in mid-November, and Walker also battled knee soreness in January. 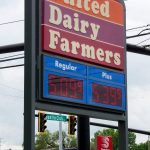 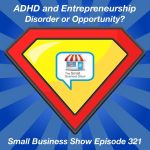 We’re two weeks into the 2022 NFL season, and already we have an idea of which teams might be headed for a serious title run […]

In an opinion issued on Wednesday, the Georgia Supreme Court stated that evidence submitted by the state during Ross’ trial regarding his “numerous sexual dalliances […]

A tropical disturbance will track through the western Gulf of Mexico through Saturday. It is likely to organize into a tropical depression or storm prior […]

As eastern Kentuckians continue to search for missing loved ones, muck out their homes and prepare for more rain, they are beginning to ask who […]