Homeland Security Secretary Alejandro Mayorkas on Wednesday faced fiery pushback from Republican lawmakers while defending the Biden administration’s border policies, ahead of the planned termination of the Trump-era pandemic policy, Title 42, on May 23.

GOP Rep. Clay Higgins of Louisiana said Mayorkas would be impeached if Republicans retake the House in November.

“You’ve been called upon to resign. Next year, if we have the majority in this committee, which we shall, you’ll face impeachment,” Higgins said, during Wednesday’s hearing. “Own this thing. Out of respect for you and the office, I ask you to reflect upon that.”

Mayorkas testified Wednesday in front the House homeland security committee and the House appropriations subcommittee on DHS, telling both groups of lawmakers that the Biden administration had inherited a “broken and dismantled system that is already under strain.”

“It is not built to manage the current levels and types of migratory flows,” Mayorkas said. “Only Congress can fix this.”

DHS is preparing for the end of the CDC’s public health authority, Title 42, which permits DHS to swiftly expel certain migrants throughout the COVID-19 pandemic, without processing their asylum claims. In a 20-page memo earlier this week, Mayorkas outlined a six-part strategy: surging personnel and resources to the southern border; expanding migrant processing capacity; deportating, detaining or prosecuting some migrants; securing assistance from border organizations, cracking down on human smugglers and deterring migration across the Western Hemisphere.

Mayorkas confirmed for the first time that DHS consulted with CDC prior to the repeal of Title 42, as is required by law.

“The bounds of my consultation that I provided data to the CDC were with respect to the number of encounters, the number of individuals that a border patrol facility can house, how many people we were housing at a particular time and data with respect to what we were experiencing at the border,” Mayorkas clarified. “I am not a public health expert, nor did I provide public health advice.”

Democratic Rep. Elissa Slotkin of Michigan, meanwhile, took rare aim at her own party, in addition to GOP leadership, for the bipartisan failure to pass immigration reform. Slotkin, a former CIA officer and Pentagon official, called the Southwest border “the last resort to protect ourselves.”

“Until we get at the root of the problem, we are going to have year after year of these horrible pictures of our border officials having to be overwhelmed and of migrants seeking a better life living in bad conditions,” Slotkin continued. “Two years ago, every one of us on this committee voted on a $4.5 billion supplemental. We sent active-duty military to the border, in addition to the Guard, and we put people in cages and separated them from their children in order to make border policy something different than it was,” she continued, citing the Trump-era policy of separating families. “Now we allow people to come into the country, and they go off, and we have no idea whether they’re ever going to show up in a courtroom again. Neither of those policies makes any sense.”

Mayorkas added Wednesday that he has greenlit approximately 68 border wall projects, using the $2.5 billion previously appropriated by Congress under the Trump administration to construct a barrier along the U.S.-Mexico border.

“And we are well aware of our responsibility to spend the funds that have been appropriated to the wall,” Mayorkas said at a  House subcommittee hearing. “And we are undertaking an analysis of how most effectively to do so while honoring the president’s commitment. We are dedicated to spending those funds in a way that enhances safety and security.”

Mayorkas testified for more than two hours before the House Appropriations Department of Homeland Security subcommittee hearing. His testimony continued in the afternoon.

Republican Rep. John Rutherford of Florida pressed Mayorkas about what has changed DHS policy since the announced termination of Title 42.

“I think if you ask probably two-thirds of the country, they’ll tell you, the border is not secure,” Rutherford said. “And so my question is, now we’re about to lift Title 42. And I don’t hear a plan to address that. These things, you’ve already implemented. These things are there now. What is going to change in response to Title 42?”

Mayorkas responded urgently, but without much detail: “We are preparing, and have been preparing. We are implementing our plans. We are building further. We are intensifying our efforts. We are increasing our efforts and enhancing them. We are not done.”

Amid reports that Immigration and Customs Enforcement (ICE) and Customs and Border Protection (CBP) could run out of money by July, Mayorkas told the House Appropriations Committee that DHS is preparing to reprogram funds, but has not yet requested additional resources.

“We are also preparing – should reprogramming not be sufficient – to request the supplemental,” Mayorkas told lawmakers. “We have not reached that point. We are going to try to avoid that to the best of our abilities.”

Representative Henry Cuellar, who represents a border district in South Texas, grilled Mayorkas on his allegations of a broken immigration system and pressed the secretary on why he has not followed the Obama administration’s precedent of loudly broadcasting consequences for illegal entry.

“If I take you back to Secretary Jeh Johnson and Obama, they were able to treat the migrants with respect and dignity, but at the same time, when the law said you got to send them back, they sent them back,” Cuellar said. “In fact, I worked with Secretary Johnson on showing images of people being returned to Honduras and the first lady being there. Now it’s like we’re afraid to show images of people going back. Y’all deport hundreds and hundreds and hundreds of thousands of people, but all we see is images of people coming into the United States and no images of people going back, when the law has to be enforced. And on top of that, there are over 1 million final deportation orders that have still not been executed, plus the 1.6 million people are still waiting on immigration.”

Mayorkas reminded the congressman that he served as Johnson’s deputy, adding that he wanted to put any “misimpressions” to rest.

“We are indeed communicating robustly in throughout the region in the countries of origin with respect to the removals, that we have effected and the consequence regime that we have imposed upon individuals who have crossed into our country who have been encountered at the border, who have no legal claim for relief here in the United States,” said Mayorkas. “So we are very robustly communicating those removals and those consequences.”

Probed on efforts to vaccinate migrants entering U.S. custody, Mayorkas said DHS is “gearing forward to meet the objective of vaccinating up to 6,000 migrants a day, in more than 20 facilities across the border,” but he declined to say how many asylum-seekers and detainees had been vaccinated thus far.

Asked about the Biden administration’s limited court-ordered implementation of the “Remain in Mexico” protocols, Mayorkas echoed his outspoken opposition to the Trump-era policy, referencing a Human Rights First report of 1,500 kidnappings, murders, instances of torture and other attacks against migrants enrolled in the program.

The Supreme Court heard oral arguments on Tuesday in a case that could determine whether the Biden administration can terminate the “Remain in Mexico” policy, which was first implemented under former President Donald Trump and requires migrants arriving at the southern border to wait outside the U.S. for their asylum hearings.

According to Mayorkas (and as outlined in DHS’ budget proposal) the department has requested “funding for more than 300 more border patrol agents.” Mayorkas noted DHS has also “requested funding for full time case processing personnel. And we look forward to and hope for this committee’s support.”

“We need to get [U.S. Border Patrol agents] out into the field to interdict individuals who are seeking to cross our border illegally,” Mayorkas said. “And that’s why… we’re really ramping up the case processing capabilities.”

Sec. Mayorkas also stressed that DHS asked to double — to $360 million — funding for the non-profit security grant program, in its proposed FY 2023 budget. As CBS News first reported, advocates, faith leaders and the secretary himself rallied for this in the aftermath of the Colleyville, TX hostage situation.

Camilo Montoya-Galvez contributed to this report. 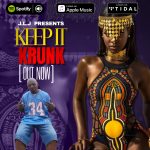 Next Article Ryan’s World: How a kid in Hawaii became a YouTube millionaire

What is kratom? Why are Louisiana officials banning it? | Local Politics

Kratom has become a cause for concern in Louisiana, with two parishes banning it and two others considering a ban for fear of more drug […]

Political Movement in the Hudson County ‘Heartbeat of New Jersey’

Standing in front of thousands of loyal supporters at his re-election campaign launch last month, Brazilian president Jair Bolsonaro took the microphone and singled out […]