Miami Dolphins quarterback Tua Tagovailoa came into Thursday night’s matchup against the Cincinnati Bengals questionable to play with back and ankle injuries, but he did suit up. Late in the second quarter, however, he was taken off the field on a stretcher after taking a violent sack.

On second-and-7, Tagovailoa was sacked by Bengals defensive lineman Josh Tupou for a loss of 10 yards. Tagovailoa went down on his already-injured back, and appeared to hit his head as well. It was a frightening scene, as Tagovailoa raised his hands with what was described by the Amazon broadcast as a neurological response to head trauma. He remained on the turf for several minutes before ultimately being loaded on a stretcher and taken off the field. Teddy Bridgewater replaced Tagovailoa under center.

The Dolphins quickly ruled Tagovailoa out with what they classified as head and neck injuries. The team also said he was conscious and had movement in all his extremities. Per Amazon’s broadcast, Tagovailoa was taken to the University of Cincinnati Medical Center. NFL Media reported Tagovailoa was transported there via ambulance.

Many hypothesized Tagovailoa suffered a concussion last week against the Buffalo Bills after taking a hard sack from linebacker Matt Milano. Miami’s QB was stumbling on the field after the hit, causing many to believe he had suffered a head injury. He exited and returned to the game, however, and finished out the 21-19 win. The NFLPA said afterward it would review whether the Dolphins followed the concussion protocol, but the team has maintained it was a back issue. Tagovailoa completed 8 of 14 passes for 110 yards and one interception on Thursday night before exiting the game.

Tagovailoa entered this matchup second in the NFL with 925 passing yards, and tied for third in passing touchdowns with eight. 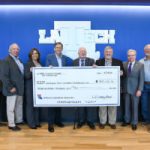 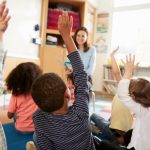 Who’s Playing Portland @ Utah Current Records: Portland 11-11; Utah 14-11 What to Know The Portland Trail Blazers have been on the wrong side of […]

Jimmy Garoppolo’s agent says QB is on schedule in his recovery, shuts down rumored Bucs trade

In an offseason littered with player movement, Jimmy Garoppolo remains a Niner. By the end of last season, it felt like a certainty that the […]

Kyle Lowry and the Miami Heat have both been inconsistent this season, but when they have it rolling they can still be extremely difficult to […]

For the first time since 2019, the Washington Commanders will face the Chicago Bears on Thursday Night Football. Soldier Field hosts the game in Chicago, […]