Don’t expect the Lakers to wake up vs. the Nuggets, plus other best bets for Wednesday

Good afternoon sports fans, it’s Chris Bengel back with you.

Sometimes you just get punched in the mouth in the sports betting world. It’s hard to predict that the Warriors would completely unravel in the second half against the Suns. Klay Thompson lost his cool, received his second technical foul of the evening, and was ejected from the contest. That completely changed the complexion of the game.

Anyway, let’s put that horrific Tuesday night behind us and cash some winning tickets today.

All times Eastern, and all odds via Caesars Sportsbook

There’s really no polite way to say it: the Lakers are a dumpster fire right now. They are 0-3 and have arguably the most stagnant offense in the league. Only four Laker players are averaging more than five points-per-game, one of which is Russell Westbrook, who is being listed as doubtful for Wednesday’s game due to a hamstring injury. I get that Westbrook has been brutal, but having one less scorer in the Lakers’ rotation is something that this team can’t afford.

On the other hand, the Nuggets have been a bit of a mixed bag through their first four games. They’ve topped the defending champion Warriors and the Thunder, but were routed by 25 points vs. the Trail Blazers their last time out. Still, I love the scoring depth that this team possesses. Denver has six players that average double figures, including forward Michael Porter Jr., who appears to have bounced back from a back injury that caused him to miss the majority of last season. It’s also a group that shoots 41.6 percent from three, which is the second-best clip in the league. Oh, and they have reigning MVP Nikola Jokic.

I’m more than confident that the Nuggets will have no problem covering the six points here.

The Pick: Blues (+100): — The Oilers have three losses over their last five games. I’m questioning why the Blues are a home underdog on Wednesday, considering that they blanked the Oilers 2-0 on Saturday. Still, I’m never going to complain about a good value, so I’ll gladly take the Blues here.

The Oilers are built on their offense, thanks to guys like Connor McDavid and Leon Draisaitl. The team is tied for sixth in the NHL with 3.67 goals-per-game this season, so scoring hasn’t been the issue. The problem has been that they possess a 3.33 goals-against average and have yielded at least four goals in four of their six contests.

Meanwhile, the Blues have raced out to a 3-1-0 start in their light early season schedule. They are coming off a 4-0 loss at the hands of the Jets, but starting netminder Jordan Binnington sat out that contest. Binnington should be back in net this time around, which gives me a ton of optimism. He has a 1.65 goals-against-average in three starts this season and has allowed two goals or fewer in two of his starts. Binnington’s steady presence in the crease combined with the Blues’ experienced forward group should be more than enough to come away with a win in this one.

Key Trend: The Oilers are 2-7 in their last nine games against a team with a winning record

Magic at Cavaliers, 7 p.m. | TV: NBA.TV
The Pick: Paolo Banchero Over 19.5 Points (-111): — The top pick in the 2022 NBA Draft hasn’t wasted any time showing why he was such a coveted player. With his hot start in mind, I’m quite confident in Orlando Magic star rookie Paolo Banchero’s point prop tonight.

In four games this season, Banchero is averaging 22.8 points and has scored at least 20 points in all of those contests. The Magic forward hasn’t been the most efficient shooter in the world at 42.6 percent, but he certainly hasn’t been afraid to hoist up his fair share of shots. When a player is averaging 17.0 field goal attempts per game, that’s a ton of opportunities for Banchero to put the ball in the basket. Banchero has also been very active on the glass (averaging 7.5 rebounds-per-game), so second chance-point opportunities will continue to be prevalent for the Magic rookie. It also doesn’t hurt that Orlando will also likely continue to be without guard Jalen Suggs and center Moritz Wagner. Somebody will have to score.

Key Trend: Banchero has registered at least 20 points in all four games this season 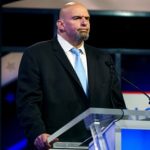 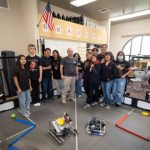 Getty Images To the shock of few, WBC heavyweight champion Tyson Fury’s retirement looks like it will not stick. Fury, who retired in the ring […]

USATSI We’re more than a month into the Kevin Durant trade sweepstakes, and thus far, we haven’t even come close to a deal. While talks […]

Magic rookie Paolo Banchero scores most points by No. 1 overall pick in NBA debut since Allen Iverson in 1996

Getty Images A rookie’s NBA debut is always unpredictable. In some cases, nerves may get the best of first-year players, resulting in shaky debuts that […]