The election will decide who will serve the remaining six months of what had been Rep. Jeff Fortenberry’s ninth term. Two state senators were chosen by their respective political parties: Democrat Patty Pansing Brooks and Republican Mike Flood.

They both will also square off in the Nov. 8 general election in a battle for a two-year term after winning the primary vote.

An early/absentee ballot request form is available through the Nebraska Secretary of State website at sos.nebraska.gov/elections/2022-elections (click on “2022 Special Election—U.S. Congressional District 1”). June 17 is the last day for voters to return an early/absentee ballot application to their county election office.

Fortenberry announced his resignation from Congress March 26, two days after a federal jury convicted him of one count of concealing conduit campaign contributions and two counts of lying to federal agents.

He has since requested the convictions be overturned.

Voters in Nebraska’s 1st Congressional District have another election date to add to their 2022 calendars: June 28.

U.S. Rep. Jeff Fortenberry announced his resignation Saturday, two days after being convicted on three felonies and one day after top leaders called for his resignation.

References to elephants, horses, opossums and raccoons weren’t the only things that stood out about the Jeff Fortenberry trial.

The jury took less than two hours deliberating in the federal case of Nebraska Rep. Jeff Fortenberry. He was found guilty on all three charges.

For the first time Thursday, the public — and more importantly, jurors — heard an overview of U.S. Rep. Jeff Fortenberry’s defense in his court case.

A U.S. district judge begins questioning jurors Wednesday on their ability to be fair and impartial in deciding U.S. Rep. Jeff Fortenberry’s fate.

A judge will not transfer Rep. Jeff Fortenberry’s trial to Nebraska, noting that a fundraiser that was the genesis of the criminal case against the nine-term congressman took place in California.

Rep. Jeff Fortenberry, R-Neb., faces three felony charges as he seeks his 10th term in Congress. His lawyers want the trial to be held in Nebraska, not California, and held before the May 10 primary.

Rep. Jeff Fortenberry’s attorneys are seeking to show that the congressman was simply confused, rather than lying to agents.

California’s federal courts have suspended jury trials through the end of February because of a surge in COVID-19 cases. U.S. Rep. Jeff Fortenberry’s trial had been scheduled to begin Feb. 15.

A federal judge has rejected U.S. Rep. Jeff Fortenberry’s first barrage of defense attacks on the indictment against the nine-term Nebraska congressman.

When federal prosecutors announced indictments against the Nebraska congressman, GOP operatives privately began discussing possible successors. But none have emerged.

Federal prosecutors are accusing lawyers representing indicted U.S. Rep. Jeff Fortenberry of smearing the reputation of an FBI agent by falsely claiming he was biased against Arabs and Muslims.

Federal prosecutors and lawyers for Rep. Jeff Fortenberry argued for an hour before a judge on Monday over three defense motions to dismiss the case.

In a motion filed Monday, Rep. Jeff Fortenberry’s lawyers asked a judge to force prosecutors to disclose what promises they made to a key informant in the case.

A spokesman for U.S. Rep. Jeff Fortenberry blasted federal prosecutors, saying they hadn’t shared “the whole truth” about why he had not returned illegal campaign contributions.

Prosecutors have turned over more than 11,600 pages of documents and more than 50 audio and video recordings to lawyers defending Rep. Jeff Fortenberry.

The motion argues that any misstatements made by Fortenberry to investigators were not “material” to crimes the FBI was investigating, so the felony charges against the congressman should be dismissed.

Fortenberry’s attorney accused federal prosecutors of “opportunistic venue shopping” and “gross abuse of power” for filing charges against the Republican congressman in California, far from his home in Lincoln.

A judge has barred Rep. Jeff Fortenberry from possessing or being left alone with evidence gathered by confidential informants during a federal investigation into illegal campaign contributions.

Toufic Baaklini, who resigned on Sunday, had served as president and a board member for several years for In Defense of Christians, an organization that fights persecution of Christians.

“You got to know these people … they tell you they’re citizens, and then all of a sudden they’re not,” said former Rep. Lee Terry, who said he donated the money that originated from Gilbert Chagoury.

The defense attorney representing Rep. Jeff Fortenberry against allegations that he misled and obstructed a federal investigation came out swinging during the congressman’s initial court hearing.

Fortenberry has said the allegations, linked to a federal investigation into illegal campaign contributions from a Nigerian billionaire, are untrue and a betrayal after he cooperated with the FBI.

A source said an indictment could come as early as Tuesday. The nine-term Republican from Lincoln said he is being wrongly accused. “We will fight these charges. I did not lie to them,” he said.

Fortenberry hired a lawyer and set up a legal expense fund — but was not charged — after being named in reports about a foreign national who illegally gave money to U.S. campaigns, the spokesman said. 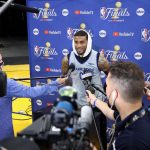 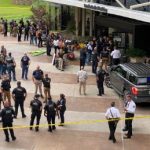 Eric Adams’ First Year as Mayor & What Comes Next, with Sally Goldenberg

What to watch in the sprint to the midterm elections

A version of this story appears in CNN’s What Matters newsletter. To get it in your inbox, sign up for free here. CNN  —  Summer […]

What to expect in a historic week in Vermont politics

Federal and state lawmakers will take the oath of office later this week, and Gov. Phil Scott is scheduled to deliver his fourth inaugural address. […]