“Many were hurt because they were hit by collapsed buildings,” he added.

The death toll reached 56 as of Monday evening, according to Herman Suherman, the head of Cianjur district.

The U.S. Geological Survey said the 5.6-magnitude earthquake struck West Java at 1:21 p.m. local time (1:21 a.m. ET). It was centered in the Cianjur region at a depth of 6.2 miles — about 47 miles southeast of the Indonesian capital, Jakarta.

At least 25 aftershocks were recorded by the country’s Meteorology, Climatology and Geophysical Agency.

“There are residents trapped in isolated places … so we are under the assumption that the number of injured and deaths will rise with time,” West Java Gov. Ridwan Kamil told reporters, according to Reuters.

Hundreds of homes were damaged, including a boarding school, a hospital and several government buildings, Suharyanto told reporters. Several landslides were also reported around the epicenter.

Information was still being collected about the extent of the casualties and damage, the disaster agency said in a statement. Injured residents were rushed to hospitals and were also seen receiving medical treatment in parking lots, according to initial photographs from the region.

The quake was felt strongly in the greater Jakarta area. Skyscrapers in the capital swayed and some were evacuated.

The Southeast Asian country of more than 270 million lies on the “Ring of Fire,” a string of volcanoes and fault lines in the Pacific Basin, and is frequently shocked by earthquakes, tsunamis and volcanic eruptions.

This is a breaking story. Please check back for details. 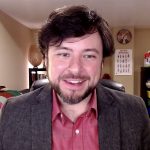 Previous Article Did Latinos affect politics or the other way around? Forum seeks clues 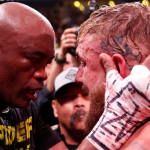 She Had an Abortion With Herschel Walker. She Also Had a Child With Him.

After a woman revealed that Republican senatorial candidate Herschel Walker had urged her to have an abortion, Walker adamantly denied the story and claimed he […]

Queen to appoint British PM at Balmoral, not Buckingham Palace

Balmoral is where she is spending her traditional summer break, and the new plans mean the next prime minister will be the one making the […]