Mark Shields, the renowned Democratic political journalist, columnist, and commentator for PBS, died on Saturday morning at the age of 85.

Shields’ passing was announced on Twitter by one of his longtime colleagues, PBS NewsHour anchor and editor Judy Woodruff. Woodruff noted that Shields passed with his wife, Anne Hudson Shields, by his side. She also commended him for his “decades” of work with PBS and “his encyclopedic knowledge of American politics.”

“I am heartbroken to share this,” Woodruff wrote in her tweet. “The NewsHour’s beloved long-time Friday night analyst Mark Shields, who for decades wowed us with his encyclopedic knowledge of American politics, his sense of humor, and mainly his big heart, has passed away at 85, with his wife Anne at his side.”

Shields began making weekly Friday appearances on NewsHour in 1988, offering up-to-the-minute political analysis and conversation with a conservative counterpart, up until his retirement in 2020. His longest-serving counterpart was New York Times columnist David Brooks, who appeared alongside him from 2001 to 2020. Previously, the role was filled by the likes of William Safire, Paul Gigot, and David Gergen.

Born in Weymouth, Massachusetts, in 1937, Shields went on to graduate from the University of Notre Dame in 1959. Following graduation, he served in the United States Marine Corps from 1960 to 1962, attaining the rank of lance corporal.

Shields entered the realm of politics in 1965, serving as an aide for Wisconsin Senator William Proxmire. Later, he worked for the presidential campaign of Robert F. Kennedy, and later held leadership positions in the campaigns of presidential candidates like Edmund Muskie and Morris Udall.

He transitioned to political writing in 1979, writing editorial content for The Washington Post. Over the decades, he also served as a columnist for outlets like ABC and CNN. In 1985, he published the book, On the Campaign Trail, about the 1984 presidential election.

As of Saturday, Shields’ cause of death is not known.

In reaction to his longtime colleague’s passing, Brooks shared a 2020 opinion piece from The New York Times he wrote on the occasion of Shields’s retirement, “Mark Shields and the Best of American Liberalism.” In his tweet from Saturday, Brooks called the piece his “attempt to capture one of the finest and beloved men I’ve ever known,” and added, “we will miss him.”

“We are all imprinted as children and young adults with certain ideas about the world, which stay with us for the rest of our lives,” Brooks wrote in 2020. “Mark, like many who came of age in the 1950s and 1960s—including Joe Biden—was imprinted with the idea that politics is a deeply noble profession, a form of service, a vocation.” 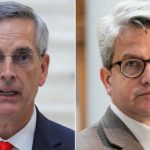 how neoliberalism became an insult in Australian politics

Dilip Ghosh also lashed out Arjun Singh who made the switch from BJP to Trinamool New Delhi: Bengal BJP leader Dilip Ghosh, reacting to a […]