The Barns at Nappanee

Prior to the Friday night showing, Oke will be doing a book signing at The Barns at Nappanee from 4:30 – 5 p.m., a part of the special Hearties VIP Weekend, a weekend dedicated to the avid fans of the Hallmark TV series. Oke will also be attending the performance of the musical at the Round Barn Theatre on Friday night.

Performances are being held each week and continue through Saturday, July 2nd at the historic Round Barn Theatre at The Barns at Nappanee, 1600 W. Market St., Nappanee.

Also known as the Conservative Twins, the Hodgetwins are an American stand-up comedy and conservative political commentary duo consisting of twins Kevin Hodge and Keith Hodge. The twins started out as YouTubers, but in 2016 branched out to live stand-up comedy shows as well.

Tickets for their concert at the Lerner Theatre are $45 to $60 each.

For more information or to purchase tickets, contact the Lerner Theatre box office at 574-293-4469.

“An Encounter with Thomas Jefferson”

World-renowned Thomas Jefferson re-enactor J.D. Sutton will perform at Thomas Jefferson in his elder years. Jefferson, 77 years during the performance, looks back on his life, reflecting on his service to the country and things he’s been able to accomplish, as well as things not yet done.

The performance is free to attend and provided by the Chautauqua-Wawasee organization.

The program serves as a prelude to the Fort Wayne Philharmonic Patriotic Pops Concert later in the evening.

Bring a lawn chair or blanket and enjoy a free concert of the Fort Wayne Philharmonic celebrating America.

At the patriotic concert, the orchestra will perform noted patriotic staples such as the “Star-Spangled Banner,” “Armed Forces Salute,” and “1812 Overture,” as well as some more unique takes on patriotism including the “Theme from Jurassic Park,” “Scherzo for X-Wings from Star Wars: The Force Awakens,” and “Selections from Apollo 13.”

Registration is open for the Celebrate Goshen Car Show during the July First Fridays event.

Registration is $15 per vehicle, with all participants eligible to win one of the evening’s awards. Awards are Best in show, People’s Choice, Import, Antique, Custom, Muscle and Motorcycle.

Parking will be assigned on a first-come, first-served basis.

The Concours d’Elegance at Copshaholm

Insights in History is offering a presentation about the Fernwood Botanical Gardens, presented by their direction of education, Michelle McCoskey. This special tour covers the past, present, and future of this beautiful garden. The garden, located in Niles, Michigan, was started by Kay and Walter Boydston in 1941 and is now 105 acres. It has still continued to thrive over the years, expanding in outdoor space, and even indoor educational spaces.

This event offers a tour of another well known space, the Historic Oliver Gardens.

Reservations are required by July 5.

Every idea on Steve-O’s bucket list was so ill-advised, he never expected to go through with any of them. Until it was time to prepare for this tour. Not only are the stunts more ridiculous than what the star is already known for, he did them all, and made a multimedia comedy show out of them.

The show is not for kids, or the faint of heart; the show contains graphic footage of sexually explicit content, nudity, self-inflicted violence, and drug use.

VIP tickets include one reserved premium seat in the front rows, a meet & greet with Steve-O after the show and one VIP lanyard.

The weekend schedule will feature a variety of artists and activities.

On July 8, Hillbilly Casino of Nashville will take the stage. With Fort Wayne front-man Nic Roulette, they combine the American blues with hardwood honky tonk, rock ‘n’ roll, rockabilly, and topped it off with a healthy DIY punk rock attitude and work ethic.

On July 10, a showcase will features talented musicians throughout the region. Local house band School of Rock! Will also perform. Stay tuned for more information as to how to be selected to participate.

Brand new this year will be Beer, Bands, & Bingo, featuring The Why Store & Swimming into View, on July 12. Then on July 13, the Bed Race returns to the festival, as well as trivia night. On Thursday, R&B singer-songwriter, actor and dancer Ginuwine will be on the main stage, along with Music Lovers Lounge & Fatima Washington.

On July 15, rock ‘n’ rollers Quiet Riot will be rocking the stage with Cougar Hunter.

On July 16, Here Come The Mummies rounds out the weekend long festival with an eight-piece funk-rock band of 5,000-year-old Egyptian mummies with a one-track mind. Featuring performances by The Sweetwater All Stars and U.R.B.

Tickets are available at threeriversfestival.org & day-of in Headwaters Park East. All ticketing will be done through eTix.

An evening with Nelly

Tickets can be purchased online at More information on Nelly can be found at www.nelly.net.

With familiar mainstays such as concerts by Harp Twins, interactive panels and a masquerade ball (this year’s theme is Butlers and Maids), as well as cosplay wares, a scavenger hunt, and gaming tournaments, estimates for the Doki anime convention are that well over 2,000 people could attend this year.

A full schedule of events will be available online at www.dokidokon.org, as well as pricing information. For more information, email info@dokidokon.org.

“The Story … So Far” will tell the story of Rimes’ impressive career over the past 25 years and will give a glimpse into her new music. Throughout this past year, the singer-songwriter has been celebrating her momentous 25th anniversary as a recording artist, commemorating the release of her debut album “Blue,” which made an ever-lasting impact on the music industry. Following the release, Rimes went on to win her first Grammy Award at age 14, making her the youngest solo artist to win to-date. To mark this moment and celebrate LeAnn’s milestones along the way, the tour’s setlist will feature a mix of her greatest hits, as well as new, unreleased music from her forthcoming album, “God’s Work,” expected later this year.

Four Winds Casinos ticket prices for the show range from $65 to $85, plus applicable fees, and can be purchased online at www.fourwindscasino.com/newbuffalo. To stay up-to-date on LeAnn’s upcoming projects, visit https://leannrimes.com/

Neil “Spyder“ James Giraldo, has been a professional musician, producer, arranger and songwriter for over four decades now, changing the face of the pop charts throughout the 1980s with his collaborator, muse and wife, Pat Benatar. More than just an explosive steel bending guitar player, Giraldo’s 100 arrangements include collaborations with Benatar, John Waite, Rick Springfield, Kenny Loggins, Steve Forbert, The Del Lords, Beth Hart and countless others innovative vision helped him create the signature Benatar sound, from its inception.

More information on Pat Benatar and Neil Giraldo can be found at www.benatargiraldo.com.

Four Winds Casinos ticket prices for the show can be purchased online at www.fourwindscasino.com/newbuffalo.

ARTS in the Street

Artists, artisans, creatives, food vendors and nonprofits, are invited to join the Heartland Artists Gallery for their eighth annual ARTS in the Street festival. Applications for vendors are due July 1.

Any questions can be directed to Anna at heartlandartistsgallery@gmail.com or by calling 574-316-0264 To register as a vendor, visit 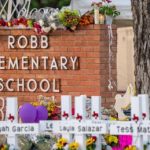 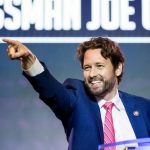 By MARK KENNEDY, AP Entertainment Writer NEW YORK (AP) — In another sign that the world of entertainment is returning to pre-pandemic normal, Broadway theaters […]

Did We Just Watch the Series Finale? (We Better Not Have)

Home Economics wrapped its regrettably abbreviated 13-episode third season on Wednesday with an earthquake-themed finale, and ABC has given zero indication whether it plans to […]