“The CDC has the capability, through a large number of trained epidemiologists, scientists, to be able to make projections and make recommendations. Far more than a judge with no experience in public health,” Fauci, the president’s chief medical adviser, told CBS News chief election and campaign correspondent Robert Costa on “Red & Blue.”

The Biden administration moved Wednesday to appeal the decision, which came as the agency has been closely tracking an uptick in COVID-19 cases driven by the BA.2 subvariant of Omicron.

More than 9 in 10 new infections in the current wave are from the BA.2 subvariant, the CDC estimated this week. Hospitalizations are also accelerating around the country, though far short of the record surge seen during the winter wave.

Citing data from abroad and the Northeast, which has seen the most BA.2 cases so far, Fauci said the variant did not “appear to be associated with an increase in hospitalizations and severe disease.”

“It’s obvious to everyone we’re seeing that infections are on the rise. Whether or not that will result in an increase in hospitalizations, we don’t know. We hope not,” Fauci.

Fauci said he had urged the president to follow the CDC’s recommendations, and for now the agency has continued to urge all travelers to wear masks. Fauci said he personally planned to don a highly-protective N95 mask when flying.

But Fauci also acknowledged that Americans would “have to make their own individual choice” around the risks of skipping masks while traveling.

“There are going to be plenty of people who are 25 years old, healthy, and say, ‘no, as far as I’m concerned, I don’t like the discomfort of a mask,'” said Fauci.

Asked about President Biden recently saying that masking while flying was “up to them,” White House principal deputy press secretary Karine Jean-Pierre told reporters on Thursday that the president backed the CDC’s guidance.

“So as the CDC recommends, the president thinks you should mask right now, especially as they learn more about BA.2,” said Jean-Pierre.

Fauci told Costa he was unsure if he would remain in his post for a “long time,” saying that he was taking “things on a day-by-day basis.”

“I’ve always said we’ve got to get this thing under control. I’m obviously 81 years old, at the point in my career where I’m going to have to sit down at some time. But I would want it to be when we get this under better control. And we may be coming to that point right now. We may be closer to that now,” said Fauci, who also serves as the long-time head of the National Institutes of Allergy and Infectious Diseases.

He and President Biden still have a “very, very good relationship,” Fauci said, one that existed “long before he was president of the United States.”

Fauci also reflected on his at-times “uncomfortable” work under Biden’s predecessor, recalling “tough times” when he had to publicly disagree with President Trump and his top officials.

“I did not like that. I do not like having to do that. I am very respectful of the presidency. But I never said to myself, ‘I want to walk away from it,'” added Fauci.

Some Republicans on Capitol Hill have renewed their criticism of Fauci ahead of the looming midterm elections.

Fauci rejected the broadsides as “the most ridiculous thing,” later lamenting how political divisiveness had hampered the country’s pandemic response.

“When you have a common enemy in the virus, you’ve got to all pull together, fight that common enemy. And the degree of profound divisiveness in the country has really hindered that,” said Fauci. 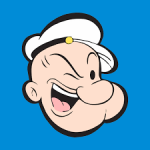 Next Article Johnny Depp grilled over texts to ex-wife Amber Heard, concluding 4 days on the stand

The Justice Department has filed an appeal that seeks to reverse a judge’s recent ruling that ended the nation’s mask mandate on public transit. The […]

On government spending, Congress decides not to decide

Congress is supposed to complete its annual appropriations bills before the start of the fiscal year on Oct. 1. But it rarely does, and this […]

Recently the CBO published a report compared the rates public and private insurers pay to hospitals for inpatient services, for services at hospital outpatient departments […]