First Thing: alarm at nominations for election deniers | US news

Arizona Republicans are on the verge of nominating two of the US’s most prominent election deniers for governor and secretary of state, the latest in a series of primary contests with serious consequences for American democracy.

Kari Lake, a former news anchor, and Mark Finchem, a state lawmaker, are running for governor and secretary of state respectively. Both have built their campaigns around the lie that the 2020 election was stolen. Both are frontrunners in their races and, if elected, would take over roles with considerable power over how elections are run and certified in a key battleground state.

The Arizona primary on Tuesday is the latest in a series of contests where candidates who have questioned the election results stand a strong chance of winning the GOP nomination for statewide office. It is a trend that is deeply alarming, experts say, and could pave the way for Republicans to reject the result of a future election.

A ship carrying Ukrainian grain left the port of Odesa on Monday morning destined for Lebanon, the first departure since the start of the Russian invasion, according to Ukraine’s infrastructure ministry.

The Sierra Leone-flagged ship Razoni, carrying 26,000 tonnes of corn, finally set sail after weeks of negotiations between Ukraine and Russia, led by Turkey and the United Nations. Russia has been blockading Ukraine’s ports since February, stoking a worldwide grain shortage that has caused the UN to warn of a looming hunger catastrophe.

Oleksandr Kubrakov, Ukraine’s infrastructure minister, said: “Ukraine, together with our partners, has taken another step today in preventing world hunger.” Kubrakov stressed that Ukraine had done “everything” to restore the ports and said the lifting of the blockade would give Ukraine’s economy $1bn in foreign exchange revenue.

A “slow and bureaucratic” response that has led to monkeypox spreading rapidly across the US – with more than 1,000 cases in New York City alone – reveals just how badly battered local health agencies have been since the pandemic, advocates have said.

Once a rare African virus, monkeypox has taken hold across the ragged patchwork of city, county, state and federal agencies that make up the US public health infrastructure.

David Harvey, the executive director of the National Coalition of STD Directors, said: “Unfortunately, delayed actions mean monkeypox has spread within the gay community and among other men who have sex with men.

“This outbreak has grown to be a public health crisis in America. We are still in a very chaotic situation at the state and local level with an organized response.”

Don’t miss this: got the ick? When a sudden pang of disgust ruins your romance

This is the summer of the ick. An ick is a point at which your initial attraction to a person flips into a feeling of disgust. The causes are many and various, but once someone gives you the ick, all desire is killed. You only want to get away. You cannot ignore an ick, despite your better judgment. It is an unconscious gut reaction, picking up on a cellular incompatibility, by which I don’t mean they have an Android phone. Rhik Samadder documents the history of the “ick” – a romantic gut reaction – and what to do when it strikes. Plus, Philippa Perry explains its psychological meaning.

… or this: when Beyoncé dropped the same ableist slur as Lizzo on her new album, my heart sank

“Six weeks ago, I called out American singer, Lizzo, on Twitter for her use of an ableist slur (“spaz”) in a new song,” writes Hannah Diviney. “That tweet of mine – which explained how the slur was connected to my disability, cerebral palsy went viral, landing on the front page of global news outlets including the BBC and the New York Times. Lizzo herself even took notice, changing the lyric and giving us all a masterclass in how to be a true and effective ally. Now Beyoncé has gone and done exactly the same thing. My heart sank.”

There is now no chance of us avoiding a perilous, all-pervasive climate breakdown, says Bill McGuire, emeritus professor of geophysical and climate hazards at University College London. We have passed the point of no return and can expect a future in which lethal heatwaves and temperatures in excess of 50C (120F) are common in the tropics. “A child born in 2020 will face a far more hostile world that its grandparents did,” McGuire insists.

White sands, blue skies … and lots of books. Applications have opened for what might just be the best job in the world: running a bookshop on an island in the Maldives. Passionate lovers of books – who are also adventurous, outgoing, creative and do not mind spending all day barefoot – are sought for the year-long contract, which starts in October and involves moving to live on the remote island of Kunfunadhoo in the Indian Ocean. The bookselling takes place barefoot, because no shoes are allowed to be worn on the island.

First Thing is delivered to thousands of inboxes every weekday. If you’re not already signed up, subscribe now.

If you have any questions or comments about any of our newsletters please email newsletters@theguardian.com 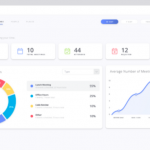 Next Article Calendar vs. Calendly: Which Scheduling App Makes Sense For You

Former US Defense Secretary James Mattis criticized Russia’s war in Ukraine, calling it “immoral” and “operationally stupid,” while speaking Friday at the Seoul Forum 2022.  “We […]

Texas school district has banned dozens of books, including the Bible : NPR

Anne Frank’s Diary: The Graphic Adaptation is one of more than 40 books being challenged in the Keller Independent School District. AFP Contributor/AFP via Getty […]

results of a referendum on the joining of the DPR to Russia, in Donetsk, Ukraine, on September 27.” class=”gallery-image__dam-img” height=”1250″/> Photos&colon; Russia invades Ukraine Alexander […]