One of the highest-grossing fights in combat sports history may see a rematch in 2023. Floyd Mayweather Jr. claimed in an interview with Sportsmail that he and UFC superstar Conor McGregor are ironing out final details to run back their 2017 clash.

During the interview, Mayweather stated that it is not yet confirmed if the bout would be held as a professional contest or as an exhibition. He did state that his preference would be for an exhibition, saying, “I am not into fights where I am going to take any real punishment.”

Mayweather won the first fight by TKO in the 10th round after piling up a considerable lead on the official scorecards. After McGregor outlanded Mayweather in the early rounds, Mayweather amped up his punch output beginning in the fourth round, outclassing the UFC star.

The fight was the final professional bout of Mayweather’s career as he retired with a perfect 50-0 record. It was McGregor’s pro boxing debut after he’d established himself as the biggest mixed martial arts star on the planet, winning UFC titles at both featherweight and lightweight.

Since retiring, Mayweather has fought in three exhibition bouts, facing Japanese kickboxer Tenshin Nasukawa, social media star Logan Paul and former sparring partner Don Moore. After stopping Nasukawa in the first round, the fights with Paul and Moore had no official winner as per the rules of an exhibition. He is expected to step back in the ring for another exhibition in November against social media star Deji, the brother of KSI.

McGregor returned to his UFC career after the loss to Mayweather in their first bout and has since gone 1-3. In his most recent bout, McGregor suffered a grotesque leg break leading to his second consecutive TKO loss. 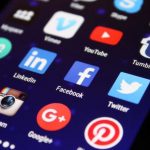 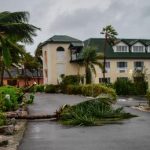 Photo by Jeff Speer/Icon Sportswire via Getty Images The 2022 NFL Draft has come and gone. Now that teams have claims on players they’ve selected […]

Getty Images After choosing to remain in his native Ukraine during the early days of Russia’s invasion, Vasiliy Lomachenko now appears ready to begin preparing […]

Getty Images Boxing continues to deliver some massive moments and fights in 2022. After a strong start to the year, things have dramatically picked up […]