Floyd Mayweather just can’t seem to keep himself out of the boxing ring, even in retirement. In an odd twist, Mayweather’s next exhibition, a May 14 fight with Don Moore, will take place on a helicopter landing pad in Dubai. Mayweather held a press conference on Thursday, confirming reports of the exhibition.

Moore is an undefeated professional boxer who holds an 18-0-1 record, though he has not fought since September 2016, which was also his first fight since November 2013. He also was only in a fight scheduled for more than six rounds once as a professional. The exhibition with Mayweather is scheduled as an eight-round fight with no word on whether there will be any round-by-round scoring.

Mayweather last fought professionally in August 2017, stopping UFC star Connor McGregor in Round 10 of their officially sanctioned match to run his record to 50-0. He fought his first exhibition bout in December 2018, knocking out Tenshin Nasukawa in the first round. A fight with social media star Logan Paul this past June resulted in no winner after the fight went the full eight rounds, though Mayweather easily handled Paul.

UFC legend Anderson Silva will look to continue building on his boxing momentum on the event. Silva has defeated Julio Cesar Chavez Jr. via decision and Tito Ortiz via knockout since his UFC career came to an end.

Badou Jack is also expected to take part in the event, which will be held on the helipad of Burj Al Arab Hotel. 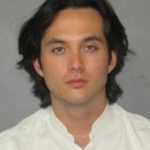 The Western Conference semifinal series between the Memphis Grizzlies and Golden State Warriors is set to tip-off on Sunday afternoon. Both teams advanced after taking […]

The Los Angeles Lakers have received permission to interview Golden State Warriors assistant Kenny Atkinson for their open head-coaching job, according to Adrian Wojnarowski. Atkinson is […]