Four people were killed in a shooting Wednesday evening in a medical building on a hospital campus in Tulsa, Oklahoma, police said. The gunman is also dead, of an apparent self-inflicted gunshot wound, according to police.

Tulsa Police Department Capt. Richard Meulenberg told CNN multiple people were wounded — he said it was fewer than ten and no one had wounds that were considered life-threatening. He told The Associated Press the medical complex was a “catastrophic scene.”

The identities of the victim and gunman haven’t been released.

The shooting occurred a little before 5 p.m. local time on the campus of Saint Francis Hospital, Tulsa Deputy Police Chief Eric Dalgleish told reporters. Officers responded to the scene within three minutes and made contact with the gunman about five minutes later, he said.

“I was very happy with what we know so far regarding the response of our officers,” Dalgleish noted.

Tulsa Mayor G.T. Bynum said he wanted “to express our community’s profound gratitude for the broad range of first responders who did not hesitate.”

The amount of time it took police in Uvalde, Texas, to engage the gunman during last week’s deadly shooting at Robb Elementary School has become a key and controversial focus of that probe. Officers waited more than an hour to breach the classroom where the gunman attacked.

There have been a dozen shootings in the U.S. this year in which four or more people have been killed, an Associated Press/USA Today/Northeastern University database shows.

Dalgleish described the gunman as a Black male believed to be between 35 and 40 years old and said he was armed with a long gun and a handgun.

Officers encountered the suspect on the second floor of the hospital’s Natalie Building, Dalgleish said.

“The officers that did arrive were hearing shots in the building, and that’s what directed them to the second floor,” he said.

Both weapons appeared to have been fired, Dalgleish disclosed.

He said it wasn’t immediately clear if the gunman had targeted anyone in particular or if the shooting was random.

Police later received information that the shooter may have left a bomb in a residence in Muskogee, Oklahoma, Muskogee police said Wednesday night. The home was searched by a bomb squad and no explosives were found, CBS Tulsa affiliate KOTV reported, citing Muskogee Police.

Surrounding homes were either evacuated or residents were told to shelter in place.

Muskogee is located about 50 miles southeast of Tulsa.

Tulsa police asked family and friends of the victims and survivors to go to Memorial High School, a block from the hospital campus, to wait to learn the fate of the people at the shooting scene, KOTV said.

Oklahoma Gov. Kevin Stitt issued a statement calling the shooting a “senseless act of violence and hatred,” adding, “Sarah and I are praying for the families of those who lost their lives and for those who were injured.”

The White House said President Biden had been briefed, adding that the situation was being closely monitored and that the White House had reached out to state and local officials to offer support.

Jan Hodges, who works on the hospital campus, said she was in another building about 100 yards from the shooting scene.

She told KOTV, “I just knew that something horrible was happening. I mean, police officers running into a building with shields and with rifles and I thought, ‘I’ve seen this on the news multiple times in other areas.’ It was almost like it was a repeat of something I’d seen before. I just really couldn’t believe it was happening in my own neck of the woods and I’m sick because I know people that work in the Natalie Building and I’m scared for them and I don’t know anything about their wellbeing at this point.”

Hodges said she was in lockdown for just under two hours.

Another employee wondered out loud, “What’s going on with the world these days?”

A witness observed, “I mean, it’s a doctor’s office, like, you can’t go nowhere no more without something happening. I’s just crazy.”

Kevin Forrestal, whose wife was in the building for a procedure, told CBS News, “As vast as that complex is, the first thought is, ‘Is that where she is? Is it somewhere else?’ But luckily, she was safe.” 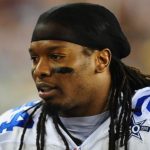 After Peltola win in Alaska, a debate erupts over ranked choice voting

New York Jets LT Duane Brown out for opener with shoulder injury, could be headed to IR

FLORHAM PARK, N.J. — Stung by injuries in the preseason, the New York Jets will be without left tackle Duane Brown for their opener Sunday […]

Trump-backed nominees lost in Georgia, but can Republicans escape the specter of Maga? | Georgia

Donald Trump’s big lie lost bigly in Georgia on Tuesday night. Some might take this as proof that his spell over the Republican party has […]