Communities across the area are celebrating Independence Day with events ranging from a few hours to multiple days – and there is a historical basis to party all weekend long (besides the fact that fireworks are fun). Ratifying the Declaration of Independence was a multi-step process. The Continental Congress voted on July 2 in favor of the nation becoming independent, and founding father John Adams thought it would become the future holiday. We celebrate July 4, however, because it was the day that the Declaration of Independence was passed.

Here are some local festivities to celebrate the red, white and blue through the long holiday weekend.

The Fourth of July Celebration in Akron is from July 1-4. The patriotic parties start at 8 p.m. July 1 with the Akron Community Band concert in Russell Park. On July 3, there will be food stands open at 5 p.m. and fireworks at dusk, also in the park. Daylong festivities throughout Akron on July 4 start at 10 a.m. and include a soapbox derby on Main Street, the Methodist Church chicken barbecue and an ice cream eating contest in Russell Park. A kiddie parade with the theme of “Dr. Seuss” is at 4:15 p.m., and a gala parade of “Summertime Favorites” is at 4:30 p.m.

Festivities in the Town of Aurora on July 3 are centered on Hamlin Park and start at 1:30 p.m. with two kid-friendly events: a trackless train ride near South Grove Street that will go around the park ($3) and a giant foam bath from an East Aurora fire truck near Griggs Place. The big parade starts at 6:30 p.m. and will go down Main street, along with a kids parade on wheels for ages 5 and older to participate with decorated bicycles, wheelchairs, skateboards and other things that roll. A concert and stage show is at 8 p.m., culminating with fireworks at 10 p.m. in Hamlin Park. It is an alcohol-free family event.

The annual Buffalo Bisons and BPO Independence Night Celebration starts at 6:05 p.m. July 4 at Sahlen Field with the Buffalo Bisons hosting the Syracuse Mets. Afterward, the Buffalo Philharmonic Orchestra honors the military with patriotic melodies. Lockport native Joshua Vacanti, a singer from “The Voice,” will also join in. The night ends with fireworks. Tickets are $29 or $109 for a family four-pack (four tickets, hot dog and drink coupons).

The Freedom Fest concert returns at 5:30 p.m. July 3 in Cheektowaga Town Park with music by Impact featuring Kelly Wahl, along with food trucks, a beer tent and fireworks. You can also donate to a food drive to benefit the Resurrection Life Food Pantry. Cheektowaga’s large parade starts at noon on July 4 and marches down Harlem Road at Walden to the Town Park.

Activities start at 6 p.m. July 3 in Concord Town Park (12779 Buffalo Road, Springville) with food available from the Springville Kiwanis, music by Midnight Recovery at 7 p.m. and fireworks at dusk.

The annual Summer Music Festival at Holiday Valley includes outdoor performances with the “Voices of Classic Rock” with Asia featuring John Payne, Lou Gramm (Foreigner) and John Elefante (Kansas) on July 2. The Buffalo Philharmonic Orchestra and a fireworks show are on July 3. You can bring lawn chairs and coolers. Concert tickets are available at ellicottvilleny.com.

Fireworks start at dusk on July 4 outside the Boys and Girls Club (2080 Girdle Road, Elma). Park at the Iroquois School parking lots.

Multiple events include Dick Bessel Run and 4th of July Parade from 9 to 11 a.m. July 4 at Town Hall (2255 Baseline Road, Grand Island). There is a kids race (ages 4 to 10) and a 2.5-mile run. The parade starts at 10 a.m. Race participants should arrive early at Town Hall to register or register online.

After the parade, VFW Post 9249 (2121 Grand Island Blvd.) will have a celebration with food and ice cream, a beer tent and patio bar, plus raffles and live music. Children are treated to a myriad of activities including a bounce house, petting zoo and pony rides. Pre-sale food and drink tickets can be purchased at the Post; the event runs until 6 p.m.

Summerfest starts on July 4 with the Lakewood Family YWCA Firecracker Run at 9 a.m. and activities for kids at 9:30 a.m. Vendors will be along Chautauqua Avenue. In Hartley Park, music by Smokehouse starts at 6 p.m. with fireworks at about 10 p.m.

The village of Lancaster will host a large multi-day (July 2-4) celebration featuring a daily beer tent with food trucks and music by Terry Buchwald (July 2), Nerds Gone Wild (July 3) and West of the Mark (July 4). On July 4, activities start at 9 a.m. with a flag raising at Fireman’s Park with a 10k and two-person 5k run. The parade starts at 2 p.m. along the village streets. The festivities culminate on July 4 with fireworks.

Lewiston’s Fourth of July festivities coincide with its Bicentennial celebration from July 1-4 with multiple activities daily including music, walking tours and a ghost walk. Fireworks are at dusk on July 4 from the Lewiston Plateau.

There are multiple opportunities to see fireworks in Niagara Falls. The city will hosts a fireworks display at dusk on July 3 at Hyde Park. The Seneca Niagara Resort and Casino will have fireworks about 9:40 p.m. July 4; there won’t be a viewing on-site, but the fireworks are visible from the surrounding area. (Rain date is July 5). Fireworks are a nightly feature at Niagara Falls State Park through Oct. 10; the free show starts at about 10 p.m. with the best viewing at Prospect Point.

The Olcott celebration includes a Car and Bike cruise from 5 to 8 p.m. July 2. Fireworks will illuminate the sky above Lake Ontario at 10 p.m. July 3. On July 4, a children’s parade starts at 12:30 p.m. from the Krull Park overlook and go toward Olcott Beach Carousel Park. There will be free ice cream and ride tickets for participating children. Free concerts are at the gazebo both July 3 and 4.

The Independence Day Parade on July 4 leaves the Orchard Park High School Baker Road parking lot at 8 p.m. with classic cars, gymnasts, music and more. It ends at the Middle School (60 S. Lincoln) where you’ll go to the Pavilion for singing and a fireworks display at dusk.

Activities are from 6 to 10:15 p.m. July 1 at Kenney Field (2000 Colvin Boulevard, Tonawanda). Enjoy everything from food trucks to music by the American Legion Band and fireworks. The party is being held by the Town of Tonawanda Youth, Parks & Recreation.

The town will have an all-day event on July 3 at Veteran’s Memorial Community Park (7000 Lockport Road, Niagara Falls) with music, food trucks and fireworks.

Here are some of the culturals and attractions hosting holiday-themed family events.

Buffalo Niagara Heritage Village (3755 Tonawanda Creek Road, Amherst), 10 a.m. to 4 p.m. July 2. Learn about the beginnings of Independence Day, how celebrations were held in the 19th century, and the American flag. There will also be historical games and Fourth of July themed crafts.

Great Pumpkin Farm (11163 Main St., Clarence), noon to 9 p.m. July 2-4. A Fourth of July Carnival includes rides, face painting, balloon art, juggling demonstrations, games and live music plus food and drink vendors. Admission is $10, or $20 for a wristband to go on the rides. Ages 2 and younger are admitted free.

Genesee Country Village and Museum (1410 Flint Hill Road,  Mumford), 10 a.m. to 4 p.m. July 4. Live music, a pie-eating contest and plenty of patriotic fun are part of this day-long celebration. A parade will make its way around the historic village, and you’ll get to see a naturalization ceremony where immigrants are sworn in as new American citizens. The Declaration of Independence and Frederick Douglass’ speech “What to the Slave is the Fourth of July” will be read aloud. Enjoy hot dogs and burgers, along with festive historical confections, craft beer, cider and soft drinks. Admission is $23 for adults and $20 for seniors; museum members admitted free.

Old Fort Niagara in Youngstown, 9 a.m. to 5 p.m. July 2-4. The fort welcomes its largest event of the year with the French and Indian War Encampment. There will be more than 400 reenactors and dozens of period merchants and artisans plus military pageantry with fifes, drums and banners throughout the three-day event.

Independence Day Celebration Summer Kickoff at the Central Library (1 Lafayette Square), 10 a.m. to noon July 2 at the Central Library Buffalo (1 Lafayette Square). Bring the kids to enjoy these family-friendly activities. Children can take part in crafts and sensory play and listen to a performance by The Floor Is Lava. It will be outdoors on the Reading Park ramp and will move inside in case of inclement weather. Free.

Receive the latest in local entertainment news in your inbox weekly! 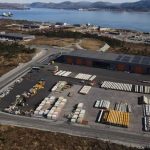 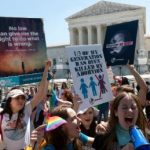 Actress Jung So Min who has been making waves for her role in the ongoing K-drama, Alchemy of Souls has departed from her current agency […]

Casino Insider is a weekly newsletter with all the best bets for food, entertainment and fun at Southern California’s casinos. It’s delivered to your inbox […]

Sidhu Moosewala: A look at the music career of ‘Legend’ singer

Hailing from Moosa, a village in Punjab’s Mansa district, Sidhu Moosewala began his singing career with the duet song “G Wagon”. His ticket to fame […]