G-7 leaders meeting in Germany plan to pledge indefinite support to Ukraine for “as long as it takes,” Bloomberg news reported, citing a draft statement.

Canada, France, Germany, Italy, Japan, the U.S. and the U.K. are set to announce that their countries “will continue to provide financial, humanitarian, military and diplomatic support and stand with Ukraine for as long as it takes,” the draft says. The pledge could ease concerns among some Ukraine leaders that the West will press them to accept an unsatisfactory deal with Russia to end the war quickly.

Earlier Sunday, President Joe Biden announced that the G-7 nations will ban new imports of Russian gold, the latest sanction aimed at raising the price Russia must pay for its incursion into Ukraine. The White House says gold is second only to energy among Russian exports – almost $19 billion in 2020. About 90% of Russia’s gold exports are to G-7 nations, the vast majority to Britain.

“The United States has imposed unprecedented costs on Putin to deny him the revenue he needs to fund his war against Ukraine,” Biden said in a tweet Sunday. “Together, the G-7 will announce that we will ban the import of Russian gold, a major export that rakes in tens of billions of dollars for Russia.”

Kyiv Mayor Vitali Klitschko suggested Russia’s missile assault on his city overnight might have been a “symbolic attack” ahead of the summit. Biden, asked for his reaction to the latest Russian strike, said “it’s more of their barbarism.”

►Russia is poised to default on its foreign debt for the first time since the 1917 Bolshevik Revolution. Russia says it can afford to pay but that sanctions have limited the ability to move the money.

►Four medium-range American rocket launchers arrived in Ukraine this week, and four more are on the way. The Ukrainian Defense Ministry released a video showing the first use of the High Mobility Artillery Rocket Systems, or HIMARS, in Ukraine. The video gave no location or indication of the targets. The rockets can travel about 45 miles.

►Four Russian cruise missiles fired from the Black Sea hit a “military object” in Yaroviv, Lviv regional governor Maksym Kozytskyy said. Yaroviv has a military base used for training fighters, including foreigners who have volunteered to fight for Ukraine.

Russian troops have focused the fury of their bombardments on the eastern city of Lysychansk while also targeting Kyiv and other areas around Ukraine after capturing Sievierodonetsk over the weekend, Ukrainian officials said Sunday.

Lysyschansk is the last city in the Luhansk Oblast to remain under the control of Ukraine forces. Russia already controls about half of the Donetsk Oblast – the two provinces make up the Donbas region that has been the target of Russian forces since an early, failed effort to storm through Kyiv.

Vitaly Kiselyov, an official with the self-proclaimed Luhansk People’s Republic, said about 600 Ukrainian fighters surrendered near Lysyschansk. Regional governor Serhiy Haidai wrote on Facebook that the Russian military is sticking to “burnt earth” tactics, such as those that devastated most of Sievierodonetsk.

“There is a lot of destruction. Lysychansk is almost unrecognisable,” Haidai wrote. “The TV tower fell, the multi-story buildings burned. Bridges leading to the city are under fire and damaged.”

Kyiv Mayor Vitaly Klitschko warned that an impostor posing as him called several mayors via video around Europe. The German publication Bild reported that Mayor of Vienna, Austria, was not aware he was talking to a fake Klitschko during the entire call. The mayors of Madrid and Berlin figured it out after lengthy conversations, Bild said. Berlin Mayor Franziska Giffey asked the State Criminal Police Office to investigate.

“It’s a tool of modern warfare,” she said.

Ukraine seeks to free US vets held by Russia; experts warn it will be difficult

A top Ukrainian official says his country is working toward a prisoner swap to free two U.S. military veterans captured by Russian forces while serving as war volunteers in Ukraine. Ukrainian President Volodymyr Zelenskyy said he would fight for their release, but some experts say such efforts face massive hurdles. They point to the Russian desire to discourage war volunteers by punishing the men – and U.S-Russian diplomatic relations being at an all-time low.

“If (the Russians’) goal is to discourage people from doing this, if their goal is to punish people who do this, they are not looking to release these people anytime soon,” said William Pomeranz, acting director of the Wilson Center’s Kennan Institute, which focuses on Russian and Ukraine research. Read more here.

Secretary of State Antony Blinken said Sunday during an appearance on CNN’s “State of the Union” that Russian President Vladimir Putin has “already failed” in his attempt to overturn Ukraine. “His strategic objective was to end Ukraine’s sovereignty and independence, to erase it from the map, to subsume it in Russia. That has failed,” he said, adding that a “sovereign independent Ukraine is going to be around a lot longer than Vladimir Putin is on the scene.”

The Associated Press reported that Russia was advancing in eastern Ukraine and also launched attacks overnight that hit two residential buildings and a kindergarten in Kyiv. Russia’s invasion began in February with a mechanized march on Kyiv that failed, forcing Russia to turn its attention to the east. Blinken said the missile attacks on Kyiv were designed to “terrorize” Ukrainians.

“Ever since Putin lost the battle for Kyiv, he had to shift his focus,” Blinken said, adding that Russian forces have “launched missiles at a distance to terrorize people.” 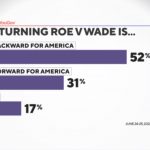 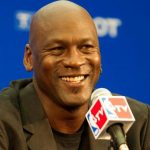 EVERYONE. TY: BREAKING NEWS, A MARINE FMRO PLACER COUNTY HAS BEEN IDENTIFIED AS ONE OF FIVE MARINES KILLED DURING A TRAINING FLIGHT WEDNESDAY. 33-YEAR-OLD CAPITAN, […]

With 98% of the votes counted, early results showed left-wing candidate Gustavo Petro with just over 40% of the votes, the populist former mayor of […]