Fighting legions of monsters and undead is hard and dangerous work! Whether your adventure takes you through the bluffs of Wortham, the tombs of Ashwold Cemetery, or the peaks of Mount Zavain, you need to refuel your health bar! Before your party travels across the world of Sanctuary in order to prevent a world-threatening disaster, visit your local marketplace (or GFUEL.com) for one of the brand-new G FUEL Health Potion Collector’s Boxes – inspired by Blizzard Entertainment’s newest free-to-play mobile MMO ARPG, Diablo Immortal! Each box contains the G FUEL Health Potion 40-serving Tub along with a box design and Shaker Cup corresponding to one of the six main character classes:

The Legendary Collector’s Box – which comes complete with a Collector’s Box of fans’ choosing and an exclusive G FUEL Health Potion Vial – was available one day early on the G FUEL mobile app, and the limited-edition collectible completely sold out in less than 30 minutes!

You might never have to worry about draining your health bar again with this delightfully sweet and tangy mix of Blueberries, Plum, and Grape! G FUEL Health Potion is sugar free and packed with antioxidants from 18 different fruit extracts. Each serving has only 15 calories and contains 140 mg of caffeine plus proprietary energy and focus-enhancing complexes.

“When we approach an epic flavor collaboration like Diablo Immortal Health Potion, there’s always one question we ask ourselves first: How do we make this special?” said G FUEL Founder and CEO Cliff Morgan. “Working closely with our partners at Blizzard Entertainment, we’ve created one of our biggest launches yet, featuring six unique Collector’s Boxes and an exciting new flavor that will power your demon slaying!”

Pick one or all of your favorite adventurers and let people know whether you like to sling spells from afar or get up close and personal with the monsters you fight by picking up the G FUEL Health Potion Collector’s Box and Energy Tub, available now at GFUEL.com!

As The Official Energy Drink of Esports®, G FUEL provides gamers with a performance-driven alternative to standard energy drink products. With an ever-expanding, sugar-free product lineup that includes a powdered Energy Formula, ready-to-drink cans, a Hydration Formula, and Sparkling Hydration bottles, G FUEL has firmly established itself as the market leader in the gamer energy drink industry.

Best known for blockbuster hits including World of Warcraft®, Hearthstone®, Overwatch®, the Warcraft®, StarCraft®, and Diablo franchises, and the multifranchise Heroes of the Storm®, Blizzard Entertainment, Inc. (www.blizzard.com), a division of Activision Blizzard (NASDAQ: ATVI), is a premier developer and publisher of entertainment software renowned for creating some of the industry’s most critically acclaimed games. Blizzard Entertainment’s track record includes twenty-three #1 games* and numerous Game of the Year awards. The company’s online gaming service, Battle.net®, is one of the largest in the world, with millions of active players.

*Sales and/or downloads, based on internal company records and reports from key distributors. 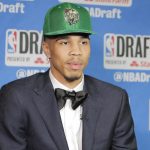 Next Article Celtics’ Jayson Tatum disappointed Lakers didn’t draft him in 2017: ‘I was so close to a dream come true’

Indianola checks all the boxes for shopping, dining and entertainment

Editor’s Note: Looking for a weekend getaway that won’t cost a fortune with the high price of gasoline? This series, Tank of Gas Getaway, offers up […]