Harini Logan has been declared the winner of the 2022 Scripps National Spelling Bee in a historic spell-off, after several rounds left two spellers tied. It was her fourth time competing in the bee.

“Honestly, so surreal,” she said of her win, calling it “a dream.”

In the final rounds, both Vikram Raju, 12, and 14-year-old Logan first missed words back to back — tripped up by “Senijextee,” meaning “a Salishan people of the Columbian River Valley in Washington and British Columbia” and “Powys,” a Welsh geographic name, respectively.

But Raju, a seventh grader from Denver, was tripped up in the next round by “caul” — allowing Logan, who hails from San Antonio, Texas, to spell “sereh” correctly. But she was then tripped up by “drimys,” meaning the two headed to the next round.

Raju then missed “Otukian,” giving Logan a chance with “myricetin.” But she again missed. And each missed the next word: Raju, “pyrrolidone”; Logan, “scyllarian.”

Judges then decided the two would face off in a spell-off, the first in the history of the bee. Each contestant had 90 seconds to spell as many words as possible. Raju ended the round with 15 confirmed correctly spelled words — but Logan edged him out with 22 words.

Raju, though, told host LeVar Burton he would be back next year. A three-time competitor in 2022, he’ll be eligible one more time.

According to the bee’s organizers, the bee started this year with more than 11 million students in school, local and regional bees.

Last year’s winner, Zaila Avant-garde, was the first African American winner in the bee’s history. The event was canceled in 2020, the first time since World War II.

Previous Article ‘Vote bank politics in international relations’: India hits out at US report on attacks on minorities 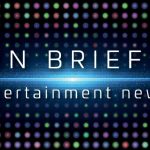 Next Article In Brief: ‘Doctor Strange’ sequel to Disney+ June 22, and more | Entertainment

The Supreme Court has a variety of functions, but what is its real purpose? Is it to oversee our government, or is it to decide […]

A federal watchdog on Thursday found that fraudsters may have stolen $45.6 billion from the nation’s unemployment insurance program during the pandemic, using the Social […]

Wearing specially made green bandanas with “Won’t Back Down,” they marched from the Capitol to the Court, which has been fenced off for weeks, since […]