Warning: This article contains spoilers about season 1 of That ’90s Show.

Hello again, Wisconsin! Almost every That ’70s Show character returned to hang out (down the street) on That ’90s Show. Netflix’s revival of the iconic Fox comedy delivered heavy doses of nostalgia while also updating fans on what happened to most of the beloved characters almost two decades after the the events of the That ’70s Show series finale.

So who returned to reprise their roles, and where did all the characters end up in 1995? And why was one major character conspicuously absent from the revival?

Out of all the original characters, the Forman parents have the biggest role to play in the revival. Most of the action once again takes place in Red (Kurtwood Smith) and Kitty’s (Debra Jo Rupp) beloved house in Point Place, Wis. There’s a new group of teens taking over the basement, however, since Eric (Topher Grace) and his friends have all grown up and moved away, but they still have a major connection to the original crew since Leia (Callie Haverda) is actually Eric and Donna’s (Laura Prepon) daughter. And since Kitty accidentally gives Leia Eric’s old stash of pot from when he was a teenager, she inadvertently brings the iconic “circle” conversations to a new generation.

In the premiere, Eric and Donna return to Point Place with Leia to visit Red and Kitty for the Fourth of July. It was only intended to be a short stay for the holiday, but the inexperienced Leia makes new friends in the neighborhood who get her out of her comfort zone to try new things, so she ultimately convinces her parents to let her spend the whole summer living with her grandparents.

By the end of the premiere, a reluctant Eric and Donna go back home to Chicago, where she’s an author and he is an adjunct professor teaching the Religion of Star Wars. However they return in later episodes to check in on Leia throughout the summer for various reasons, and to take her home to Chicago when summer ends in the finale.

Prepon also took on a bigger role behind the camera, as she directed the final two episodes of the season.

Netflix Ashton Kutcher as Michael Kelso and Mila Kunis as Jackie Burkhart on ‘That ’90s Show.’

Jackie Burkhart (Mila Kunis) and Michael Kelso (Ashton Kutcher) didn’t get their happily ever after on That ’70s Show. The former high school sweethearts ended the original series as exes, and Jackie was in a relationship with Fez (Wilmer Valderrama). But they’re all alright now — they found their way back to each other in That ’90s Show.

The premiere reveals that Jackie and Kelso are actually on their way to their “second remarriage” when they stop by Red and Kitty’s house to drop the bomb that the neighborhood boy Leia is crushing on is actually their teenage son Jay (Mace Coronel). Kelso is proud to announced that Jay takes after his father’s playboy ways (he even drops a classic “BURN!” later in the season, further proving he’s his father’s son) but also has his mom’s brains. To say that Red and Kitty are horrified is a massive understatement.

As for Jackie’s ex, Fez returns multiple times throughout the season. He first appears in episode 2 to spill the tea on what happened to his relationship with Jackie since we last saw them onscreen in the That ’70s Show finale.

Now the owner of the successful salon chain Chez Fez, Fez gives Kitty a haircut and reveals that he and Jackie ultimately broke up because he found out she still had feelings for Kelso. He actually caught her on the phone with Kelso while they were on vacation together, and she ultimately left him there. He spent the rest of the trip getting kicked out of hot tubs for “talking too much.” Fez is now dating the Formans’ neighbor Sherri (Andrea Anders), the mom of two of Leia’s new friends, and he returns again in the finale to solidify their relationship.

The only original main character who doesn’t return for the revival is Steven Hyde (Danny Masterson) due to the actor’s real life legal troubles. Masterson was charged in June 2020 with “forcibly raping three women in separate incidents occurring between 2001 and 2003.” The women were all referred to as Jane Does. Masterson, who denied all charges, was arrested and released after posting bond on a $3.3 million bail. The rape trial in Los Angeles ended in a mistrial in November 2022 after jurors said they couldn’t reach a consensus. A retrial is scheduled for March.

Despite being a main character throughout the entire run of That ’70s Show, sarcastic loner Hyde doesn’t appear nor is he even mentioned by any of the other characters at all in season 1 of That ’90s Show. Also, his absence isn’t explained.

Netflix Wilmer Valderrama as Fez on ‘That ‘90s Show.’

Donna’s goofball father Bob (Don Stark) may not live in Point Place next to Red and Kitty anymore, but he still makes his return in episode 6 to surprise his granddaughter Leia for her birthday. It turns into a competition to out-impress Red and become Leia’s favorite grandpa, and Bob ultimately brings the cringe by performing the most inappropriate karaoke song at Leia’s party in true Bob fashion.

It wouldn’t be right to bring back That ’70s Show characters without lovable stoner Leo! The legendary Tommy Chong makes his return in multiple episodes, and over 17 years later, he’s still as high as a kite as he was in the original series.

Jim Rash is the last surprise cameo of the season, appearing in the finale as Sherri’s difficult landlord. But he and Fez finally squash their longstanding beef when Fez gives him a beautiful blonde wig in exchange for him finally fixing up all the issues in Sherri’s house, which in turn proves to Sherri that Fez is a worthwhile boyfriend to keep around.

That ’90s Show is now streaming on Netflix. 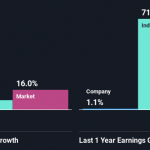 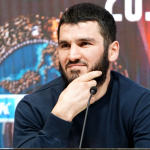 Nine-time Wimbledon champion Martina Navratilova is eager to use her personal experience with the early detection of breast cancer to help save lives. During Breast Cancer […]

The 25 richest comedians in the world | Entertainment News

Stacker gathered data on the richest comedians from Celebrity Net Worth to present the top 25 by their current net worth. The net worth figures on this list […]