Dadeville, Ala. — A 12-year-old girl held captive in a rural Alabama mobile home escaped and was discovered walking along a road, prompting an investigation that led police to discover two decomposing bodies at the home where she had been kept, authorities said Tuesday.

A motorist driving through a rural residential area spotted a child on the road on Monday morning and stopped, authorities said.

The driver picked up the girl and called 911, prompting an investigation and search that led to police officers finding two decomposing bodies inside the residence where Pascual-Reyes lived and the girl was believed to have been held, Abbett said. Other people lived at the residence, but no one else was there when police arrived, he said.

Detectives say the girl was tied to bed posts for more than a week and given alcohol to keep her in a drugged state, CBS Columbus, Georgia affiliate WRBL-TV reports. Investigators say she escaped by chewing out of her restraints, damaging the braces on her teeth in the process.

Detectives believe the girl was abducted around July 24 and the suspect intended to hurt or sexually abuse her, the station says.

The metal underpinning of the mobile home was ripped off, according to WRBL, and it appears investigators were focusing their attention along the ground under the mobile home.

The man was arrested in Auburn, Abbett said. It wasn’t clear what information the girl might have provided to authorities, but Abbett called her a hero.

Police didn’t immediately release the names of the dead people or a cause of death, and court records didn’t include the name of a defense lawyer who could speak on behalf of Pascual-Reyes.

Authorities didn’t release any information about the girl, including whether she had any relationship to the suspect. She hadn’t been reported missing, the sheriff said.

“We gave her medical attention,” Abbett said. “She is safe now, and so we want to keep her that way.”

The FBI and Department of Homeland Security were also involved in the investigation, WRBL reports. 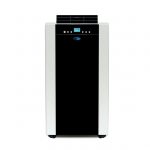 Next Article Best Portable Air Conditioner to Beat the Heat

In Florida and elsewhere, GOP leaders have sued to tap pandemic funds for tax cuts, defying the Biden administration July 5, 2022 at 6:00 a.m. […]

CNN  —  At least eight people are dead and hundreds of homes ruined following catastrophic flooding in eastern Kentucky on Thursday, and as rescuers work […]