The private equity-based HomeFirst Home Healthcare is cognizant of the sub-par rates that Medicare Advantage (MA) plans pay for home health services, as are nearly all other home health agencies in the country.

That’s also one of the reasons behind its most recent acquisition.

What may make HomeFirst a bit different from others is how they plan to go about MA over the next few years. Where some home health providers are starting to decline MA cases when or where there’s staff shortages – instead favoring Medicare fee-for-service – HomeFirst is hoping to drive efficiency through software to adapt to the rates.

Particularly in Tennessee, where HomeFirst is based, MA is taking over as the dominant payer, HomeFirst President and CEO Jim Happ told Home Health Care News. That was something the company has in mind before acquiring the Centreville, Alabama-based CV Home Health, a deal that became effective on June 1.

“It’s just like any other business where your cost of goods sold is below your payment rate,” Happ said. “In order to generate a profit, we have to gear ourselves toward the payment. … So I just think we’re better getting out in front of this and being proactive versus moving away from it.”

Happ has been in home health care for decades, having led multiple home health companies that later worked with – or were acquired by – some of the largest players in the industry.

The Nashville, Tennessee-based HomeFirst is backed by both Harpeth Ventures and Fulcrum Equity Partners, the latter of which invested $11 million in the company to fuel growth earlier this year.

HomeFirst teamed up with Harpeth originally to launch the business through two home health operating license purchases in late 2020. Since then, its strategy has been to acquire agencies in certificate-of-need (CON) states around Tennessee, in states such as Alabama, North Carolina and Georgia.

On CV Home Health’s end, the company operates in seven counties in and around Birmingham and Tuscaloosa, Alabama. Its owners developed a proprietary software system that drives efficiency throughout the organization, one that specifically is tailored to deal with MA, which operates on a per-visit payment basis.

For context, as of last year, about 45% of Tennessee Medicare beneficiaries were enrolled in an MA plan, according to the Kaiser Family Foundation. But that number differs by county. Alabama, on the other hand, has an about 50% MA penetration rate.

“Software historically has been built around traditional Medicare payment models,” Happ said. “And I think that we expect MA to continue to grow to the point where maybe traditional Medicare is no longer the [definitive] reimbursement model. So as we did our due diligence on this acquisition opportunity, we got deep into the understanding this software. … And we really felt that this is something that we could grow our business with.”

Specifically, the software is supposed to help streamline documentation, which increases caregiver productivity and also – as Happ pointed out – helps out with recruiting and retention.

Additionally, the software lends itself to controlled intake procedures, continuous monitoring of the patient in real time and the collection of data, among other things.

“It really increases the efficiency throughout the entire organization,” Happ said. “And with this MA trend, it’s becoming very transactional, meaning that you will allocate two, three or four visits for this particular admission, provide those services to that patient, and then, it really comes down to being able to effectively deliver that care so that your cost is below the increasingly reduced payments that we’re getting from these payers.”

Happ mentioned that this software would be scaled to other locations down the road.

“And it’s not just Medicare Advantage, either, but also other commercial insurance payers as well which pay the same way – on a per-visit basis,” Happ said. “If you have Medicare shifting to per visit, and you’ve got commercial insurance paying on a per-visit basis, it’s really going to come down to to simple math: what you are getting paid versus what it costs you to provide a visit.”

Happ and HomeFirst are honed in on this topic because elsewhere, they believe their strategy in CON states is working.

Staffing has gotten better for the company, and one of its states – Georgia – is currently taking applications for the extension of certificates of need, meaning it could significantly increase its addressable market there.

“The future’s bright,” Happ said. “But we’ve just got to make sure that as we strategically grow our footprint, we’re very tactical in our execution within an industry that’s getting more and more difficult to operate in as a relates to the payers that are out there.” 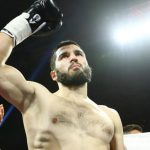 Roseman University students pose for a picture. Students pursuing a degree in health professions will now have the option to fast-track their degree through a […]

BY ERIC LARSEN and TOMMY IBRAHIM Eric Larsen Tommy Ibrahim Our rural health care system has suffered badly during the COVID-19 pandemic. It entered the […]