The House select committee investigating the Jan. 6 attack on the U.S. Capitol will hold the second of several public hearings on Monday morning to reveal more of what it has learned during its 11-month probe.

The hearing will have a delayed start on Monday because one of the witnesses who was set to testify, former President Donald Trump’s campaign manager William Stepien, will no longer appear due to a “family emergency.” The meeting is now set to start between 10:30 to 10:45 a.m. ET.

“Due to a family emergency, Mr. William Stepien is unable to testify before the Select Committee this morning,” the committee said in a statement. “His counsel will appear and make a statement on the record.”

Committee aides said Monday’s hearing will focus on the “Big Lie,” documenting how Trump declared victory on election night despite being told he didn’t have the numbers to win, and how he continued to embrace baseless claims of election fraud.

“We’re going to hear testimony from government officials who were the ones who looked for the fraud, and about how the effort to uncover these baseless allegations bore no fruit,” a committee aide said. “Simply, the fraud that they were looking for didn’t exist and the former president was told that, again and again, claims were baseless, but he continued to repeat them anyway.”

Monday’s hearing will first have the statement from Stepien’s counsel and former Fox News political director Chris Stirewalt, who was let go by Fox News shortly after the 2020 presidential election, during which his team correctly called Arizona for Joe Biden before other networks had.

Then there will be a panel that will consist of election attorney Benjamin Ginsberg, former U.S. attorney for the northern district of Georgia BJ Pak, who resigned effective Jan. 4, 2021, and former Philadelphia city commissioner Al Schmidt.

Some of the witnesses are expected to provide testimony about the basic logistics of election litigation and how such action usually proceeds. A committee aide said the committee will also demonstrate that the Trump campaign aides used the election fraud claims to raise hundreds of millions of dollars between the election and Jan. 6th. And finally, the aide said, the committee will show that “some of those individuals responsible for the violence on the 6th echoed back those very same lies that the former president peddled in the run up to the insurrection.”

Committee vice chair Rep. Liz Cheney said last week that the second hearing will show that “Donald Trump and his advisers knew that he had, in fact, lost the election.”

“But, despite this, President Trump engaged in a massive effort to spread false and fraudulent information — to convince huge portions of the U.S. population that fraud had stolen the election from him. This was not true,” Cheney said at Thursday’s hearing.

Cheney and committee chair Rep. Bennie Thompson led the first public hearing, a nearly two-hour session on Thursday evening. In that hearing, the committee attempted to link Trump’s baseless claims of a stolen election to the chaos and violence of Jan. 6, which Thompson described as the “culmination of an attempted coup.”

Testimony was shown from some of the top figures in Trump’s orbit who said they told him he had not won the election. Thompson played a recording from former Attorney General William Barr’s testimony before the committee, in which he said he told the former president his claims of a stolen election were “bullsh**.” In another clip, Trump’s daughter, Ivanka Trump, said she “trusted” Barr and accepted his insistence that her father had lost the election.

Cheney also said there were members of Congress who sought pardons from Trump for their role in the attack. Cheney named Rep. Scott Perry of Pennsylvania as one of those Republicans, a claim which he denied on Friday.

Rep. Adam Kinzinger, Cheney’s fellow Republican on the committee, told “Face the Nation” on Sunday that “we’re not going to make accusations or say things without proof or evidence backing it.”

Cheney on Thursday had harsh words for Republicans who have fallen in line with Trump after the attack: “There will come a day when Donald Trump is gone but your dishonor will remain.”

The first hearing also touched on the Proud Boys‘ role in the Jan. 6 attack. In video testimony shown Thursday, some of the group’s members said they believed Trump’s remark at a presidential debate to “stand back and stand by” was a call to action. Quested testified that the Proud Boys were organized and heading to the Capitol at 10 a.m., before Trump’s speech at the Ellipse had even started.

Thompson and Cheney sought to show that, amid the chaos at the Capitol, Trump did not perform his duties as president. They showed video testimony from Gen. Mark Milley, the current chairman of the joint chiefs of staff, saying that former Vice President Pence — not Trump — issued the orders for the National Guard to come to the building.

While Pence is not likely to participate in the hearings, some of his top advisers are. Greg Jacob, Pence’s former chief counsel, Marc Short, his former chief of staff, and conservative jurist J. Michael Luttig, who advised Pence ahead of Jan. 6, are all likely to testify in the coming weeks. 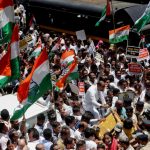 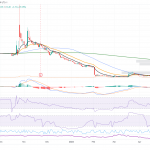 Next Article RDBX stock explodes another 37%

PARIS — After two weeks of play at Roland Garros, world No. 1 Iga Swiatek and 18-year-old American Coco Gauff met for the title. Swiatek, […]

Chairman Bennie Thompson, D-Miss., listens as the House select committee investigating the Jan. 6 attack on the U.S. Capitol holds a hearing at the Capitol […]

The court’s recent decisions were celebrated on the right but polls show public confidence tanked. Race will be a major theme this term with challenges […]

LONDON — The first semifinalist at this year’s Wimbledon is the oldest woman remaining in the draw. Tatjana Maria, a 34-year-old German who returned to […]